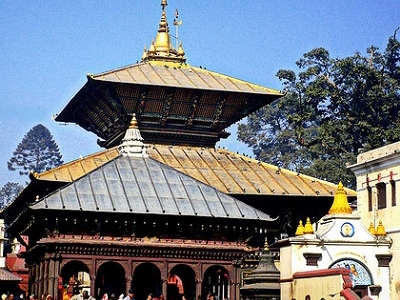 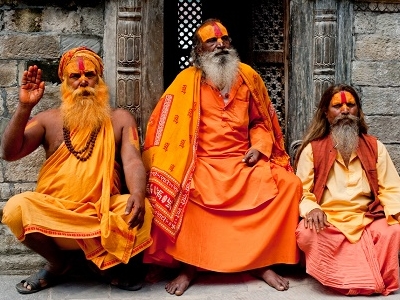 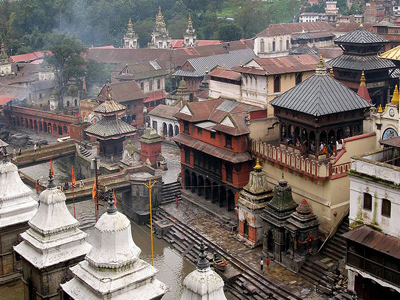 More Photos >
Save me
Been here
Want to go
Show on Map
Here to help 1,463 tour guides, 433 locals and 6 ambassadors

The Pashupatinath Temple (: पशुपतिनाथ मन्दिर) is a famous, sacred Hindu temple dedicated to Pashupatinath is located on the banks of the Bagmati River 5 kilometres north-east of Kathmandu Valley in the eastern city of Kathmandu, the capital of Nepal. This temple is one of Hinduism's most sacred temples .The temple serves as the seat of the national deity, Lord Pashupatinath.This temple complex is on UNESCO World Heritage Sites's list.

This "extensive Hindu temple precinct" is a "sprawling collection of temples, ashrams, images and inscriptions raised over the centuries along the banks of the sacred Bagmati river" and is included as one of the seven monument groups in UNESCO's designation of Kathmandu Valley as a cultural heritage site. The temple is one of the 275 Paadal Petra Sthalams (Holy Abodes of Shiva) on the continent. Kotirudra Samhita, Chapter 11 on the Shivalingas of the North, in Shiva Purana mentions this Shivalinga as the bestower of all wishes. One of the major Festivals of the temple is Maha Shivaratri on which day over 700,000 devotees visit here.

History
The temple was erected anew in the 17th century by King Bhupatindra Malla after the previous building had been consumed by termites. Countless further temples have been erected around this two -storied temple. These include the Vaishnav temple complex with a Ram temple from the 14th century and the Guhyeshwari Temple mentioned in an 11th-century manuscript. The priests who perform the services at this temple have beenNamboothiri Brahmins from South India (Karnataka) origin since last 350 years. The priests of Pashupatinath are called Bhattas and the chief priest is called Mool Bhatt or Raval.

Legend surrounding the Temple Origin
Pashupatinath Temple is the oldest Hindu temple in Kathmandu. It is not known for certain when Pashupatinath Temple was founded. But according to Nepal Mahatmaya and Himvatkhanda, the deity here gained great fame there as Pashupati, the Lord of all Pashus, which are living as well as non-living beings. Pashupatinath Temple's existence dates back to 400 A.D. The richly-ornamented pagoda houses the sacred linga or holy symbol of Lord Shiva. There are many legends describing as to how the temple of Lord Pashupatinath came to existence here.

Temple complex
Main pagoda style temple is located in the fortified courtyard guarded by Nepal police and has a police outpost post along with living quarter within .In front of the western door there is a huge statue Nandi bull, in bronze.Along with many temples and shrines of both vaisanava and saiva tradition.Some of the main temples and shrines are,


Main Temple Architecture
This main temple is build in the Nepalese pagoda style of architecture. All the features of pagoda style is founded here like cubic constructions, beautifully carved wooden rafters on which they rest (tundal). The two level roofs are of copper with gold covering. It has four main doors, all covered with silver sheets. This temple has a gold pinnacle (Gajur).Inside are to Garbhagrihas, outer and inner .The inner garbhagriha or sanctum sanctorum is where the idol is placed and outer sanctum is a open corridor like space.

The Deity
The sacro sanctum, or the main idol is a Mukhalinga with a yoni base bound with silver serpent .The lingam is one metre high and has faces carved in four directions.These faces represents various incarnations of Shiva; Sadyojata (also known as Barun), Vamdeva (also known as Uma Maheswara), Tatpurusha, Aghor & Ishana (imaginative). They face West, North, East, South and Zenith respectively, and represent Hinduism's five primary elements namely earth, water, air, light and ether.

Here's the our members favorite photos of "Temples in Kathmandu". Upload your photo of Pashupatinath Temple!

Going to Pashupatinath Temple? Get answers from our friendly locals

Get in touch with 17 Touristlink members who want to visit Pashupatinath Temple or with Shishir Desai, Deepak Aryal and 67 others who already have been here.