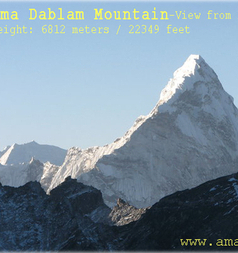 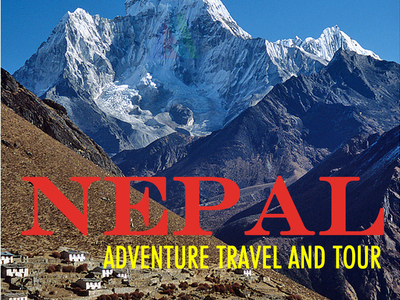 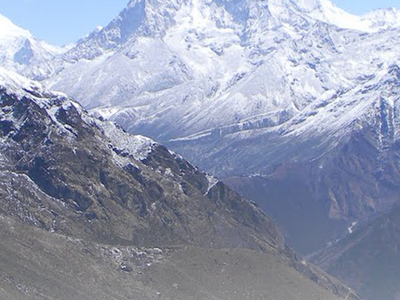 Ama Dablam alternatively known as Amai Dablang; is a small snowcapped and great challenged peak of 6812 meters / 22349 feet, (some of saying it is 6852 meters too but Officially height of this peak is 6812 meters only verified by Nepalese Government) considered the most beautiful mountain in Everest region Himalayas range of eastern Nepal.

Ama Dablam means "Mother's necklace"; the long ridges on each side like the arms of a mother (Ama) protecting her child, and the hanging glacier thought of as the Dablam, the traditional double-pendant containing pictures of the gods, worn by Sherpa women. For several days, Ama Dablam dominates the eastern sky for anyone trekking to Mount Everest base camp. Ama Dablam was first climbed on 13th of March, 1961 by Mike Gill (NZ), Barry Bishop (USA), Michael Gill, Mike Ward (UK) and Wally Romanes (NZ) via the Southwest Ridge. Climbing Team was led by Sir Edmund Hillary. They were well-acclimated to altitude, having wintered over at 5800 meters near the base of the peak as part of the Silver Hut Scientific Expedition.

Do you know this member?

If you have taken a trip or used their services we recommend you give a reference whether its positive or negative. This will help everyone on Touristlink make better choices and will help providers to make improvements based on your feedback. 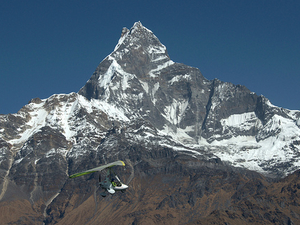 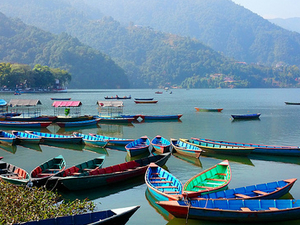 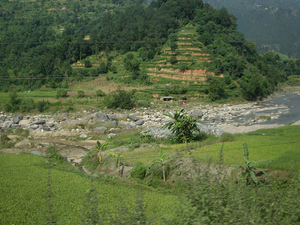