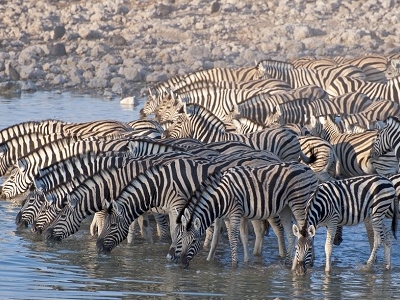 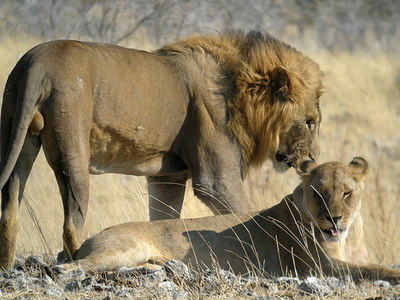 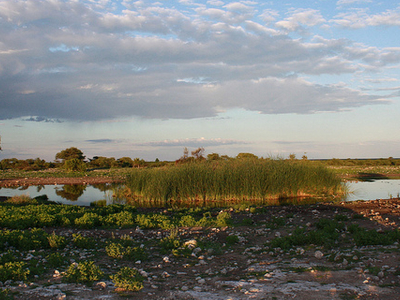 More Photos >
Save me
Been here
Want to go
Show on Map
Here to help 301 tour guides, 148 locals and 2 ambassadors

Etosha National Park is a national park in the Kunene Region of northwestern Namibia. The park shares boundaries with the regions of Oshana, Oshikoto and Otjozondjupa. The Etosha Gates are named Otjovasandu Gate, Anderson Gate, Namutoni Gate, and Von Lindequist Gate. Etosha was first established in 1907, when Namibia was a German colony
known as South West Africa. At the time, the park's original 100,000 km2 (38,500 mile) made it the largest game reserve in the World.

Due to political changes since its original establishment, the park is now slightly less than a quarter of its original area, but still remains a very large and significant area in which wildlife is protected. In the dry season, winds blowing across the salt pan pick up saline dust and carry it across the country and out over the southern Atlantic. This salt enrichment provides minerals to the soil downwind of the pan on which some wildlife depends, though the salinity also creates challenges to farming.

Here's the our members favorite photos of "National Parks in Namibia". Upload your photo of Etosha National Park!

Going to Etosha National Park? Get answers from our friendly locals