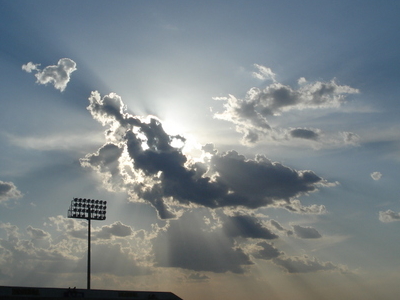 Estadio de Beisbol Kukulkan (Kukulkan Baseball Stadium) is a stadium in Merida, Yucatán, Mexico. It is primarily used for baseball, and is the home field of the Leones de Yucatán (Yucatán Lions) Mexican League baseball team. It holds 13,600 people and was opened in 1982. The stadium is named for Kukulkán the Maya feathered serpent deity.

Here's the our members favorite photos of "Stadiums in Merida". Upload your photo of Estadio De Beisbol Kukulkan!

Going to Estadio De Beisbol Kukulkan? Get answers from our friendly locals