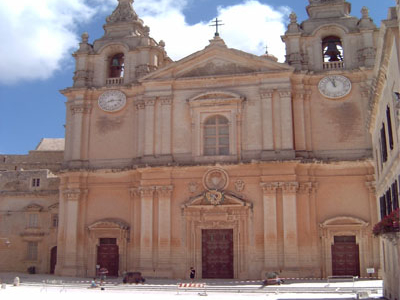 Mdina, often referred to as the "Silent City" in the past served as the capital of Malta. The ancient city has been inhibited from around 4000 BC. The fortified and walled city is renowned for its narrow but quiet streets. The main attraction in Mdina is the St Paul's Cathedral located at the city's main square. The cathedral attracts tourists towards its intrinsic architecture and the huge fresco of St Paul's shipwreck.

Domus Romana located outside the Greek Gate in Mdina is another important tourist destination. The museum showcases the remains of the ancient Roman townhouse that was built during the 1st century BC. The strategic location of Mdina followed by its elevation from the sea level offers magnificent views of the island and its adjoining areas.

Here's the our members favorite photos of "Cities in Malta". Upload your photo of Mdina!

Going to Mdina? Get answers from our friendly locals