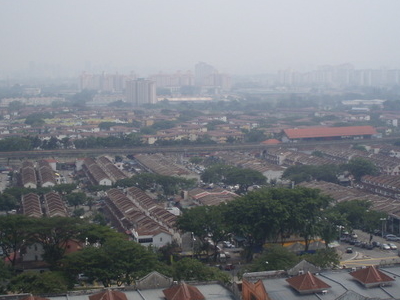 Wangsa Maju in recent years has seen a lot of development, transforming this once traditional Chinese-majority township into a bustling urban areas with more and more high rise buildings being built to cater the increasing population. Although it's a relatively small area (only 65k+ voters) compared to its neighbouring Setiawangsa and Gombak, it has a very high concentration of Chinese temples and cultural activities taking place at all time. For example, there are usually over 10 'getai' or mega fest organized for Hungry Ghost Festival celebration in the 7th month of Chinese calendar.

Here's the our members favorite photos of "Neighborhoods in Kuala Lumpur". Upload your photo of Wangsa Maju!

Going to Wangsa Maju? Get answers from our friendly locals