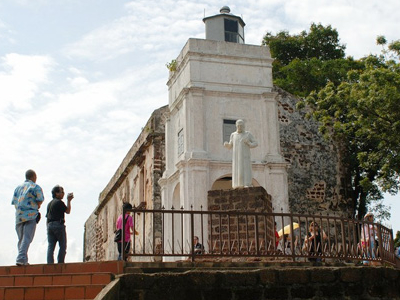 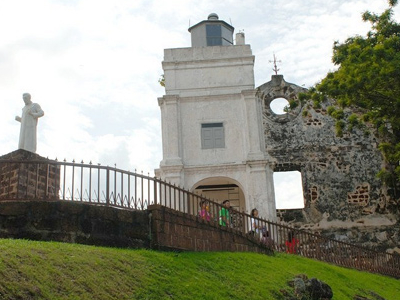 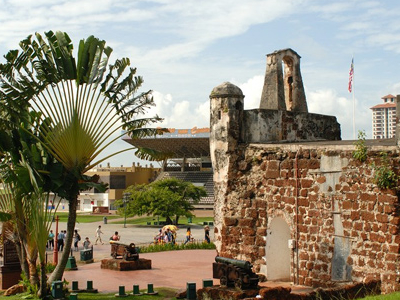 The Portuguese colonised Melaka from 1511 to 1641. The first thing they did was build a fort overlooking the river, calling it A'Famosa. As Melaka was the centre of struggles between super powers of the time, and suffered the constant threat of attack, the A'Famosa fort was critical in Portugal maintaining its colonial foothold in the Far East.

Within the fort walls were housing and food stores, a castle, a meeting room for the Portuguese Council and five churches. A seven-month attack by the Dutch just about destroyed the entire fortress, leaving only the entrance faade and the structure of a church at the top of the hill.
Go for a stroll up St. Paul's Hill on a cool late afternoon and wander among the majestic trees and historical remnants. Here, you can almost imagine the glories and miseries of the besieged lives the Portuguese would have led right here all those years ago...
Getting Here:
By Foot or Taxi
Because of St. Paul's Hill's very central location, it is very easy to get to and from if you are staying in Melaka.
Who To Contact:
Department of National Heritage
Phone: +606 - 288 3599
Tourism Malaysia Melaka Office
Phone: +606 - 288 3304/ 1549/ 3785

Here's the our members favorite photos of "Forts in Malacca City". Upload your photo of St.Paul's Hill (A'Famosa)!

Going to St.Paul's Hill (A'Famosa)? Get answers from our friendly locals

Riefa Astarina is the only Touristlink member to visit St.Paul's Hill (A'Famosa). Have you been here? Click here to save it.