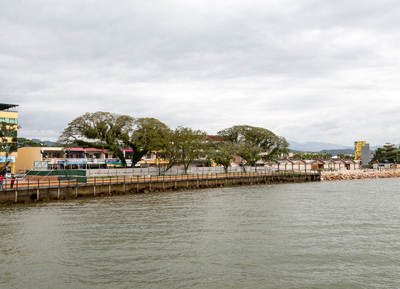 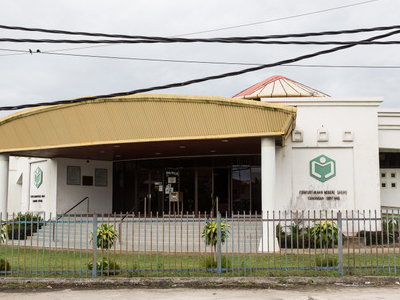 Sipitang is a town, district and also a parliamentary constituency located in the Interior Division of Sabah, east Malaysia on the island of Borneo. The population of the district was 12,076 in 1980 and 24,349 in 1991. In 2000, the population grew to 29,256 while in 2010, 34,862. It is the closest town in Sabah to the Sarawak border, and is 44 kilometres south of Beaufort and 144 kilometres south of Kota Kinabalu, the state capital.

Other than the Sipitang town center; Sipitang district is further divided into 3 sub-division; i.e. Mesapol, Sindumin and Melamam. Mesapol comprises at least 14 villages, which includes Kampung Melalia, Kampung Lubok Darat and Kampung Naluyan. Sindumin has 22 villages, among others are Kampung Mengalong, Kampung Banting and Kampung Siputol. Meanwhile, Malamam consists of at least 20 villages, e.g. Randulang, Long Mio and Long Pasia.
Culture and Leisure:
Culture:
Sipitang town hosts the biennial GATA (Gasing and Tamu Besar) festival since 2003. This festival features cultural events such as traditional games, music and dance performances, mainly of the predominant indigenous group in Sipitang district, that is the Kedayan, Lundayeh/Lun Bawang, Murut and Brunei Malay.
Leisure and Conservation area:
A 10 million project for the construction of an esplanade and a welcoming arch in Sipitang district was launched in 2007.The esplanade and arch was completed in 2011.
The villages of Long Pasia and Long Mio and their surrounding conservation area are located in Sipitang district. The Long Pasia area is one of the popular tourist destination in Sabah, which places among others, the Maga waterfall and Kerangas park.

Going to Sipitang? Get answers from our friendly locals