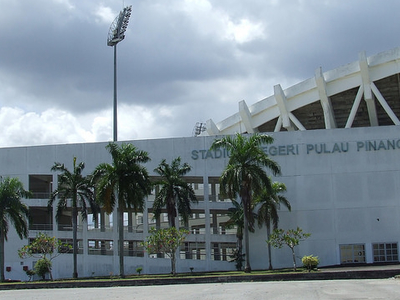 Penang State Stadium is a multi-purpose stadium in Batu Kawan, South Seberang Perai, Penang, Malaysia. It is currently used mostly for football matches. The stadium has a capacity of 40,000 people. It was built in 2000. The stadium has been built to host the 8th Sukma Games (Malaysian Games) in 2000. In 2007, this stadium hosted the Malaysian FA Cup Final. The match was won by Kedah FA 4-2 (penalties).

Here's the our members favorite photos of "Stadiums in Penang". Upload your photo of Penang State Stadium!

Going to Penang State Stadium? Get answers from our friendly locals