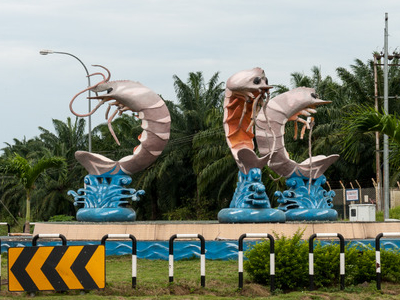 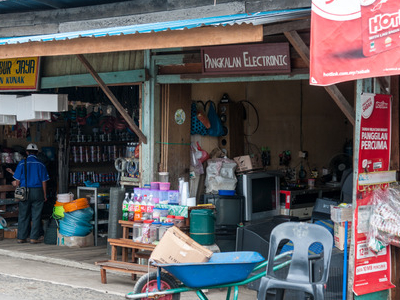 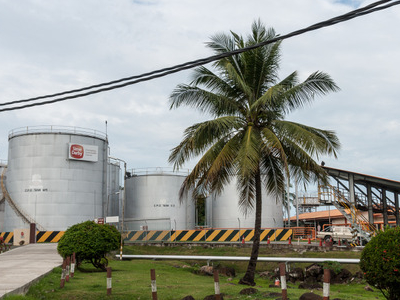 Kunak is a small town located in Tawau Division, east coast of Sabah in Malaysia. It was formerly a sub-district administered under the Lahad Datu District Office, but achieved its status as a full district on 1 June 1981.Its population was estimated at 61,094 in 2010. The population is mainly Bajau and Bugis.
There is also a sizeable Chinese population, involved in the running of most shops in the town. Many are also landowners who cultivate oil palms. It also has three main middle schools, which are SMK Kunak Jaya, SMK Kunak and SMK Madai. Kunak also has a Chinese school SRJK(C) Pai Sheng and a hand full of other primary schools such as SK Kunak 1, SK Kunak Jaya, SK Ladang Binuang and many more.
A resettlement scheme for Cocos Islanders is situated a few kilometres away, near Giram Oil Palm Estate (Sime Darby Berhad).A jetty is situated about five km from the town, in an area named Pengkalan Kunak. A single road lined by wooden shophouses (possibly a squatter colony) leads to the jetty and wet market.In 2002, a 76-bed government hospital was built in the town. At around the same time, a new highway linking Kunak to the town of Semporna was also opened.

Here's the our members favorite photos of "Towns & Villages in Sabah". Upload your photo of Kunak!

Going to Kunak? Get answers from our friendly locals