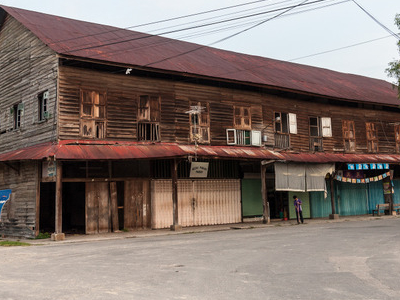 Kimanis is a fully integrated township and also a parliamentary constituency in the West Coast Division of Sabah, Malaysia. It is located approximately 45 kilometres south of the city of Kota Kinabalu. Kimanis used to be the base for the American company which obtained a lease over North Borneo from the Sultan of Brunei in the late 19th century.It has a minor railway station for the North Borneo Railway.

The national oil and gas company, Petronas is currently building the Sabah Oil and Gas Terminal here and scheduled to be completed in December 2013. There was a proposal to relocate the current Kota Kinabalu International Airport to Kimanis in 2006. However the government finally decided it was economically more feasible to renovate and extend the present airport.

Here's the our members favorite photos of "Towns & Villages in Sabah". Upload your photo of Kimanis!

Going to Kimanis? Get answers from our friendly locals