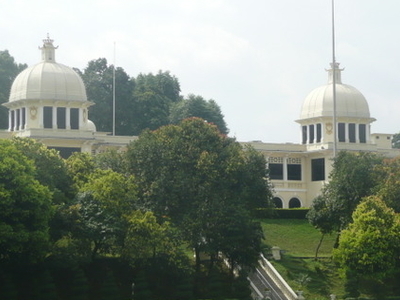 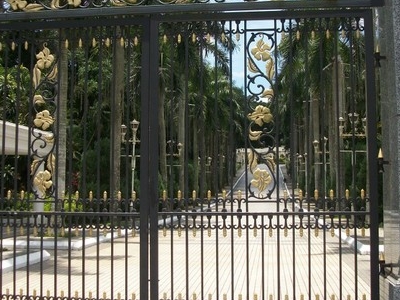 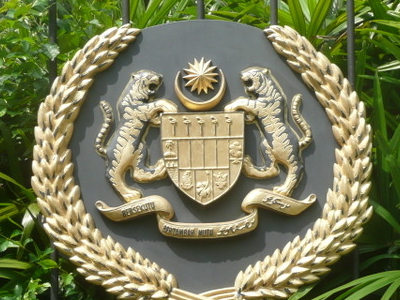 The Istana Negara (Malay for National Palace; Jawi: ايستان نڬارا) along Jalan Istana was the official residence of the Yang di-Pertuan Agong (Supreme King) of Malaysia. It stands on a 13 acre (50,000 m²) site, located on a commanding position on the slope of a hill of Bukit Petaling overlooking the Klang River, along Jalan Syed Putra.

It was replaced by the new palace as the official residence of the King in 2011. On 2013 it was converted into the Royal Museum. The palace was originally a double-storey mansion which called The Big House built in 1928 by a local Chinese millionaire, Chan Wing. During the Japanese occupation from 1942 to 1945, it was used as the residence of the Japanese Governor. After the surrender of the Japanese on 15 August 1945, the British Military Administration (BMA) commandeered it for a senior military officers mess from the rank of brigadier.

With the formation of the Federation of Malaya in 1950, the Selangor State Government rented the residence from the owners for Straits Dollars 5,000 a month until Merdeka or Indepencence in 1957. It was renovated to become the palace of His Majesty the Sultan of Selangor. In 1957, the owners sold the property of 13 acres to the Federal Government at an agreed valuation of Straits Dollars 1.4 Million.The Federal Government then converted the residence into the Istana Negara for the newly created sovereign post of Yang di-Pertuan Agong of Malaya which was about to achieve independence that August as scheduled.

Since then it has undergone several renovations and extensions. But the most extensive upgrading was carried out in 1980, as it was the first time that the Installation Ceremony of His Majesty DYMM Seri Paduka Baginda Yang di-Pertuan Agong was held at the Istana Negara. Prior to this the Installation Ceremonies were held at the Tunku Abdul Rahman Hall in Jalan Ampang, Kuala Lumpur with the first one held in 1957.

After the Istana Negara moved to the new palace at Jalan Duta in December 2011, it was later used for a royal exhibition called Raja Kita, in conjunction with the installation of Tuanku Abdul Halim Mu'adzam Shah as the 14th Yang di-Pertuan Agong in 2012. The exhibition started on 15 April 2012 and is later extended on 8 December 2012. Over 314,757 visitors, both local and foreign visited the exhibition between 15 April and 7 December.

Show nearby: Palaces near Bangsar and Midvalley, Palaces in Kuala Lumpur, Places To Visit near Istana Negara

Here's the our members favorite photos of "Palaces near Bangsar and Midvalley". Upload your photo of Istana Negara!

Going to Istana Negara? Get answers from our friendly locals

Riefa Astarina is the only Touristlink member to visit Istana Negara. Have you been here? Click here to save it.