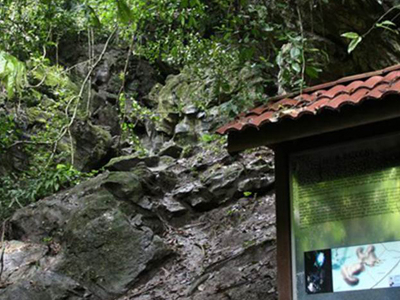 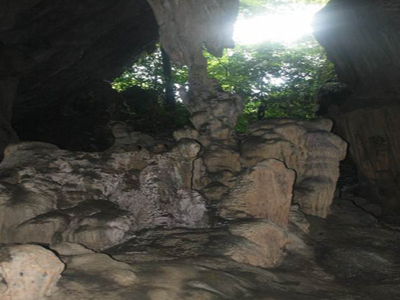 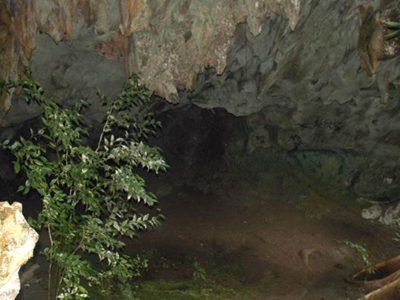 Gua Puteri is located at the Bukit Kepala Gajah limestone complex, latitude 5° 07.56’ north and longitude 100° 58.80’ east, 94 meters above sea level. The cave also has unique formations such as stalactites and stalagmites recorded to be in the shape of the Malaysian map, frog, a married couple, an elephant’s head, valance and other shapes. This also spurred a legend on the curse of Sang Kelembai. In actual fact, this is a natural process that shapes stalactites and stalagmites accordingly.

Gua Puteri is a tunnel formed in Bukit Kepala Gajah. Paintings by the Negritos found in the cave are not pre-historic but have been made 100 years ago. There are no archaeological findings at the cave, but it is famed for its legends.Two stalagmite formations found here are said to be of the guardians (prince and princess) of the cave. Locals pointed out that if the stalagmite were to be scaled over, people would fall sick. To this day, the various stone formations found at Gua Puteri include a married couple said to be cursed into stone by Sang Kelembai and a frog.
This cave is among the most visited caves by tourists in Lenggong. The cave can be viewed through a special walkway built by the National Heritage Department.
Getting Here:
By Road:
Lenggong is located on Route 76 which links Kuala Kangsar with Baling. To reach it from the North-South Expressway (E1), exit the highway at the Kuala Kangsar Interchange (Exit 143). From there take Route 76 in the direction of Baling. This site is situated at the limestone complex at Bukit Kepala Gajah.
Who To Contact:
Jabatan Warisan Negara Zon Tengah
Zuraini bt Zamri
Phone: +6019-567 2455
Pusat Informasi Pelancongan Hentian R&R Raja Muda Nazrin, Tasik Raban Lenggong
Phone: +605-7512350

Here's the our members favorite photos of "Archaeological near Lenggong". Upload your photo of Gua Puteri!

Going to Gua Puteri? Get answers from our friendly locals

Love archaeological? Check these out;

Top Voted Archaeological Around the World