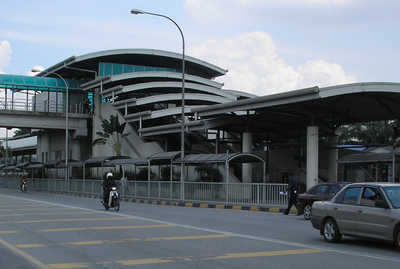 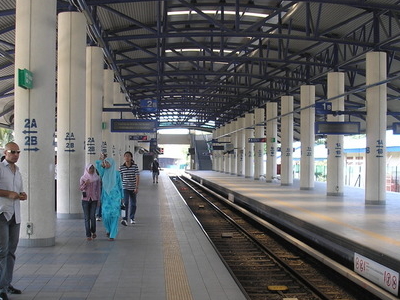 Chan Sow Lin LRT station is an at-grade rapid transit station and interchange station situated in Pudu, Kuala Lumpur, Malaysia. The station serves a single line that forms part of a common Ampang Line (formerly known as STAR, and the Ampang and Sri Petaling Lines) route shared by both the Ampang-Sentul Timur line and Sri Petaling-Sentul Timur line and is the southernmost station in the line of this form. The station was opened on December 16, 1996, as part of the first phase of the STAR system's opening, alongside 13 adjoining stations along the Sultan Ismail-Ampang route.

Chan Sow Lin interchange is located on the southern edge of the incorporated town of Pudu, serving the locality alongside Pudu station and Hang Tuah station. The station was thus intended to serve patrons from the southern end of Pudu, the western end of Taman Maluri and the northwestern tip of Taman Miharja. The latter two localities also have their own namesake stations towards the south and east: Miharja station and Maluri station.

Here's the our members favorite photos of "Railway Stations near Pudu". Upload your photo of Chan Sow Lin LRT Station!

Going to Chan Sow Lin LRT Station? Get answers from our friendly locals