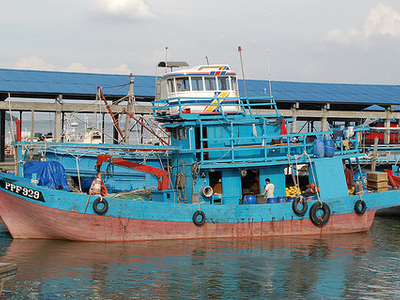 Around 20 years ago, Batu Maung was only a small fishing village accessible only from Bayan Lepas. However, in the past few years, Batu Maung has experienced a rapid development due to its proximity to Bayan Lepas Free Trade Zone (FTZ). In 1994, a new 4-lane highway was opened that linked Batu Maung to Gelugor (known as coastal highway). This shortened the journey from Batu Maung to Penang Bridge to around 15 minutes from almost an hour previously.
There are 3 primary schools and 1 secondary school in this area. The oldest school, Sekolah Kebangsaan Batu Maung was opened in 1884. The school has been renovated several times, however due to the limited land space available, the school lacks most of the common facilities such as proper playing field and hall.
Due to land reclamation from the sea, the Bayan Lepas Free Trade Zone has now expanded to Batu Maung. Notable companies with factories in Batu Maung include Motorola and Nippon Express. This contribute to a population boom since people start to settle in Batu Maung due to its lower rental rate compared to established areas like Bayan Lepas and Bandar Bayan Baru.
Batu Maung is home to the Fisheries Research Institute (FRI), a federal-government agency that focused on marine research. There is also a medium-size aquarium within its vicinity which is open to public at a minimal cost. In addition, WorldFish Center, a similar research institute owned by UNESCO also operated there after moving from The Philippines in early 2000. Its fishing port has also been designated as a deep-sea-fishing port by the Malaysian Government.
Other notable attractions in Batu Maung include the War Museum (showcasing WW2 relics), seafood centre in Kampung Teluk Tempoyak, Tapak Gedembai (a giant footprint cast in stone) near the fishing port and Kampung Seronok (a cultural village, winners of the best village in Malaysia in the past).
In August 2006, Malaysian Government has announced that the Penang's Second Bridge will be built from Batu Kawan (on the mainland) to Batu Maung (on the island).

Here's the our members favorite photos of "Towns & Villages in Penang". Upload your photo of Batu Maung!

Going to Batu Maung? Get answers from our friendly locals