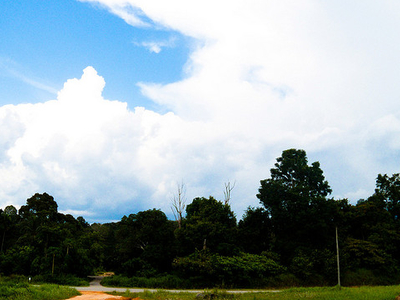 Baling is a major town in the northern state of Kedah in Malaysia. It is also the name of a district in which Baling town is situated. It is south of Betong, the southernmost town in Thailand.

Baling was also the site where the leaders of the Malay Races Liberation Army, the newly formed Malayan Government, and the British met in 1955 to try to end the Malayan Emergency. Tunku Abdul Rahman, a leader of the Malayan government, implored the Communists to give up their arms peacefully by promising that no retaliatory action would be taken against them. The MRLA leader Chin Peng expressed skepticism of a pardon promised by the leader of a nation that had yet to gain its independence (Malaya's independence was gained in two years later in 1957). Chin Peng insisted that the Malayan government and the British endorse the MRLA as a legal Communist Party so that it could run in the forthcoming elections. This was denied, however, and thus no agreement was reached.
The towns that Baling has are Kuala Ketil, Parit Panjang, Tawar, Kuala Pegang, Kupang, Baling, Kg Lalang and Kota Baling Jaya Batu 42.
One of the small towns in Baling is Parit Panjang. Parit Panjang is situated at the junction of four main roads. The roads are from Kuala Ketil (i.e. from Kulim and Sungai Petani), from Batu Lima, (i.e. from Gurun and Alor Setar),and from Baling Town via Asam Jawa and from Baling via Kuala Pegang. Parit Panjang situated 13 km from Kuala Ketil and 25 km from Sungai Petani. There are six villages in Parit Panjang. The villages are Kg Banggol Berangan, Kg Sungai Tembak, Kg Carok Bakap, Kg Bukit Endoi, Kg Tandop Pisang and Kg Lanai.
In Kampung Pisang, Kupang, there is an Islamic religious school, Sekolah Menengah Agama Yayasan Khairiah. Yayasan Khairiah is one of the biggest religious school in Baling. Now it has about 1700 students coming from all over Malaysia.

Here's the our members favorite photos of "Towns & Villages in Kedah". Upload your photo of Baling!

Going to Baling? Get answers from our friendly locals