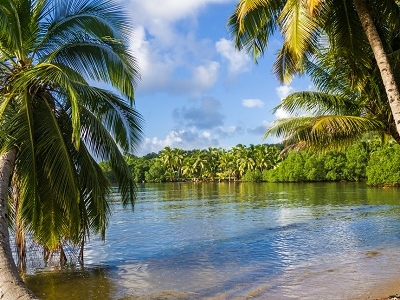 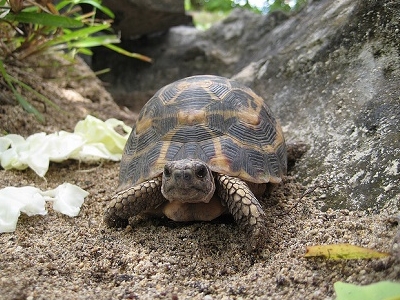 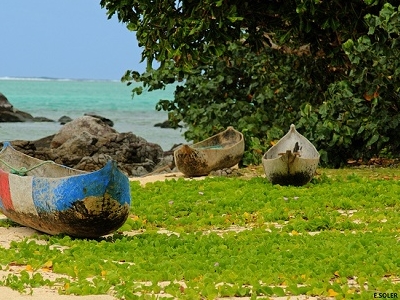 Île Sainte-Marie, known (more formally) as Nosy Boraha, is an island off the east coast of Madagascar. The main town is Ambodifotatra. The city covers an area of 222 sq km, and had a population estimated at 16,325 in 2001. The island is organized as The City of Île Sainte-Marie (commune urbaine) in Analanjirofo Region. This tourist destination is 60 km long and less than 10 km wide.

Humpback Whales:
The channel between Sainte-Marie island and Madagascar is a hot spot for whale watching. Substantial groups of humpback whales (Megaptera) migrate from the Antarctic to this idyllic breeding place. These quiet giants find conditions here that are favourable for the growth of their young and well suited to their courtship and acrobatic games before their big return toward the cold seas.

Pirates:
Ile Sainte-Marie, or St. Mary's Island as it is known in English, became a popular base for pirates throughout the 17th and 18th centuries due to several reasons: it was not far from the maritime routes along which ships returning from the East Indies sailed in transit, their holds overflowing with wealth, it was provided with bays and inlets protected from storms and finally, it had abundant fruit and was situated in quiet waters. Legendary pirates like William Kidd, Robert Culliford, Olivier Levasseur, Henry Every, Abraham Samuel and Thomas Tew, lived in the île aux Forbans, an island located in the bay of Sainte Marie's main town, Ambodifotatra.

Many of them would found a family line. Numerous vestiges of this history remain at Sainte Marie. For example, several authentic pirate vessels still lie within a few meters of the surface in the Baie des Forbans. One of these has been tentatively identified as Captain Condent's ship, the Fiery Dragon. The utopian pirate republic of Libertalia was also rumored to exist in this area, although the republic's existence, let alone its location, has never been proven.

Diving:
Safe from sharks, the lagoon of Sainte Marie island is endowed with significant coralline growth. Its underwater fauna is preserved as a natural heritage and first-class diving site in the Indian ocean.

Here's the our members favorite photos of "Islands in Madagascar". Upload your photo of Ile Sainte-Marie!

Going to Ile Sainte-Marie? Get answers from our friendly locals

Get in touch with 2 Touristlink members who want to visit Ile Sainte-Marie or with Hery Lemary, Madafocus and 1 others who already have been here.