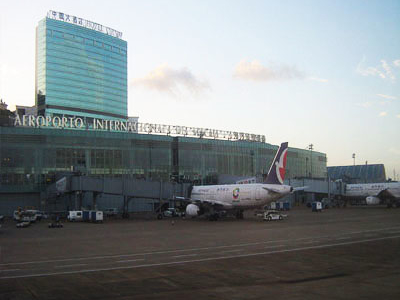 Macau International Airport located at the eastern end of Taipa Island is the only airport in Macau. The airport started commercial operations in November 1995. The runway of the airport was built on a strip of reclaimed land in the sea. The airport's main terminal building and air traffic facilities are located on the reclaimed strip. Even though, the overall size of Macau's Airport is small, but still it is capable of handling Boeing 747s and Antonov 124s.

Here's the our members favorite photos of "Airports near Taipa Islands". Upload your photo of Macau International Airport!

Going to Macau International Airport? Get answers from our friendly locals