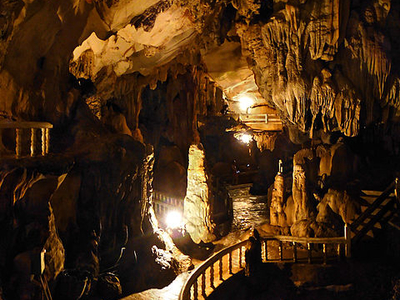 Tham Jang is a cave just to the southwest of Vang Vieng, Laos. Approached by a bridge over the Nam Song River and then a long flight of steps, a spring is located about 50 metres (160 ft) inside the cave. The cave was used as a bunker in the early 19th century during the Chinese-Ho invasion.

Here's the our members favorite photos of "Caves in Vientiane". Upload your photo of Tham Jang!

Going to Tham Jang? Get answers from our friendly locals