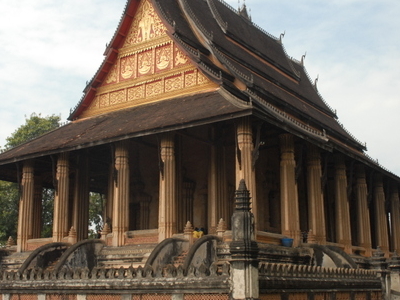 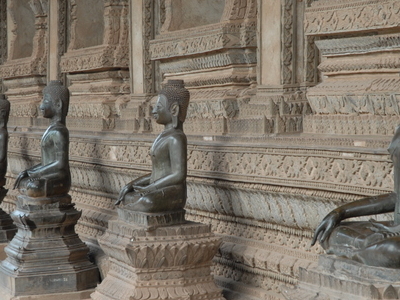 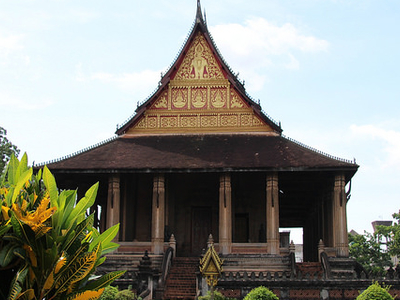 Haw Phra Kaew is a former temple in Vientiane, Laos. It is situated on Setthathirath Road, to the southeast of Wat Si Saket. The interior now houses a museum and a small shop. Haw Phra Kaew was built between 1565 and 1556, on the orders of King Setthathirath. The temple housed the Emerald Buddha figurine, which Setthathirath had brought from Chiang Mai, then the capital of Lanna, to Luang Prabang.

When Vientiane was seized by Siam (now Thailand) in 1778, the figurine was taken to Thonburi and the temple was destroyed. After it was rebuilt by King Annouvong of Vientiane in the 19th century, it was again destroyed by Siamese forces when King Annouvong rebelled against Siam in an attempt to regain full independence. The revered Buddha now resides in Wat Phra Kaew, Bangkok. The temple was rebuilt for a third time by the French between 1936 and 1942, during colonization of French Indochina.

Here's the our members favorite photos of "Temples in Vientiane". Upload your photo of Haw Phra Kaew!

Going to Haw Phra Kaew? Get answers from our friendly locals