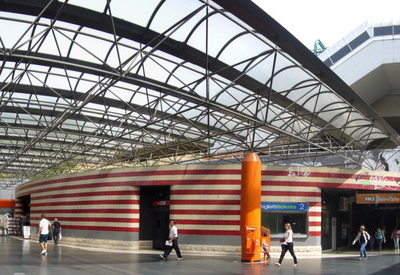 Valle Aurelia is an underground station on line A of the Rome Metro, situated between via Angelo Emo and via Baldo degli Ubaldi. The station was inaugurated in 1999. The station is situated underneath the mainline station of the same name, so this station is an interchange with the regional railway FR3.

Here's the our members favorite photos of "Metro Stations in Rome". Upload your photo of Valle Aurelia!

Going to Valle Aurelia? Get answers from our friendly locals