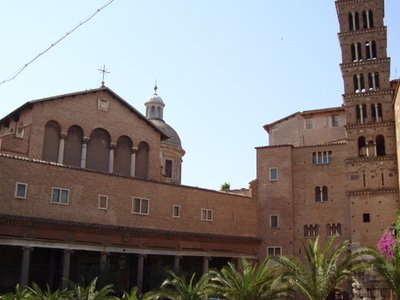 The church was damaged during the sack by Alaric I (410) and because of an earthquake (442), restored by Pope Paschal I (824), sacked again by the Normans (1084), and again restored, with the addition of a monastery and a bell tower. It is home to the Passionists and is the burial place of St. Paul of the Cross. Additionally, it is the station church of the first Friday in Lent.

Here's the our members favorite photos of "Churches in Rome". Upload your photo of Santi Giovanni e Paolo!

Going to Santi Giovanni e Paolo? Get answers from our friendly locals