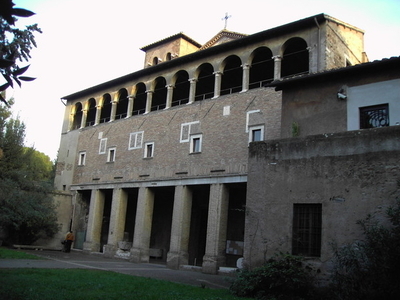 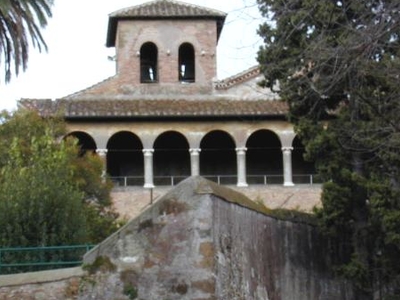 San Saba is an ancient basilica church in Rome, Italy. It lies on the so-called Piccolo Aventino, which is an area close to the ancient Aurelian Walls next to the Aventine Hill and Caelian Hill. The current Cardinal Deacon of the Titulus S. Sabae is Jorge Medina Estévez. The titulus was established in 1959.

According to legend, St. Silvia, mother of Pope Gregory I, had an estate at the site. After her death, so legend reads, her estate was transformed into an affiliate monastery of St. Andreas, the monastery which Gregory I founded at the site of today's San Gregorio al Celio. This legend can be traced back to have originated from the 12th century, when in context of Renovatio Romae and Church Reform, the monastery of San Saba was meant to be provided with a long and local tradition.

Here's the our members favorite photos of "Churches in Rome". Upload your photo of San Saba!

Going to San Saba? Get answers from our friendly locals