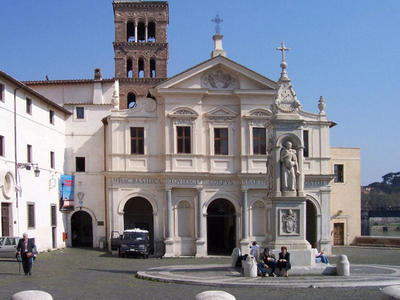 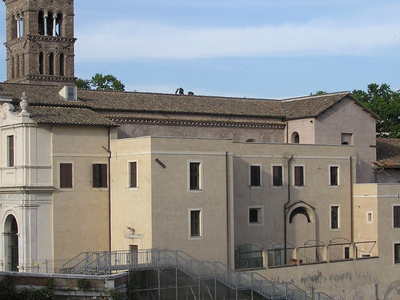 The Basilica of St. Bartholomew on the Island (Italian: Basilica di San Bartolomeo all'Isola , Latin: Basilica S. Bartholomaei in Insula) is a titular minor basilica, located in Rome, Italy. It was founded at the end of the 10th century by Otto III, Holy Roman Emperor. It contains the relics of St. Bartholomew the Apostle, and is located on Tiber Island, on the site of the former temple of Aesculapius, which had cleansed the island of its former ill-repute among the Romans and established its reputation as a hospital, continued under Christian auspices today. The Cardinal priest of the Titulus S. Bartholomaei in Insula is Cardinal Francis George, the Archbishop of Chicago.

Here's the our members favorite photos of "Churches in Rome". Upload your photo of San Bartolomeo all'Isola!

Going to San Bartolomeo all'Isola? Get answers from our friendly locals