Saint Jerome of the Croats 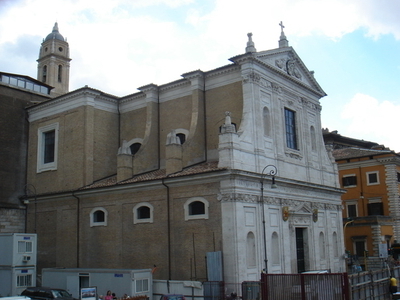 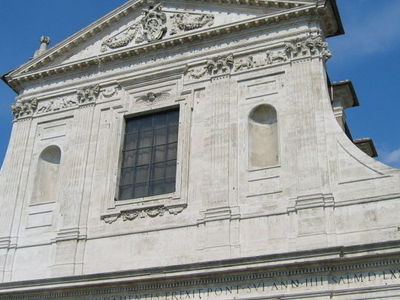 Saint Jerome of the Croats is the national Catholic church of Croatia on Via Tomacelli in the Campus Martius of Rome. It is now a chapel of the Pontifical Croatian College of Saint Jerome in Rome and is only open to visitors by arrangement with the College. It is also known as St Jerome of the "Illyrians", and was formerly known as San Girolamo degli "Schiavoni", St Jerome of the Slavs: the name changed after Croatia gained independence from Yugoslavia.

It was first built in 1585-1587 for refugees from areas ruled by the Turks, and dedicated to St Jerome, who was from Dalmatia (former Roman "Illiricum").The site had been given to them in 1453 (the year of the Fall of Constantinople) by Pope Nicholas V, for the construction of a hospice. It once faced the port built on the Tiber River, called the Porto di Ripetta.

Here's the our members favorite photos of "Churches in Rome". Upload your photo of Saint Jerome of the Croats!

Going to Saint Jerome of the Croats? Get answers from our friendly locals