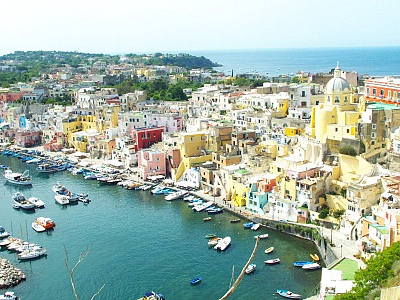 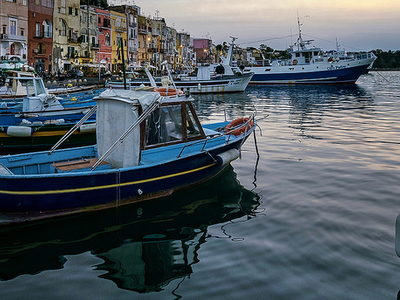 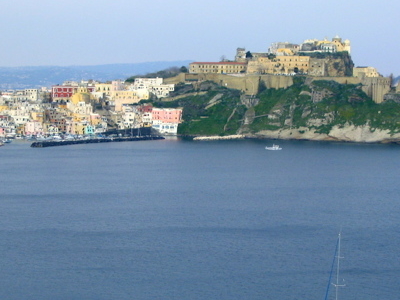 Procida is one of the Flegrean Islands off the coast of Naples in southern Italy. The island is between Cape Miseno and the island of Ischia. With its tiny satellite island of Vivara, it is a comune of the province of Naples, in the region of Campania. The population is about ten thousand.Geologically, Procida was created by the eruption of four volcanoes, now dormant and submerged.

The 20th century saw a crisis in Procidan shipbuilding due to competition with industrial conglomerates. In 1907 Procida lost its mainland territory, which became independent and is commonly called the Mount of Procida (Monte di Procida).In 1957, the first underwater aqueduct in Europe was built in Procida.

In the last few decades, the population has slowly begun to grow. The economy remains in great part tied to the marine industry, although the tourist industry has also grown.Several writers have set their novels in Procida.Procida has been chosen as a film set for numerous films, mainly for its panoramas and its typical Mediterranean architecture.

Folklore and traditions:
There are many religious traditions on the island tied to the period of Holy Week before Good Friday. The most evocative of these are the Procession of the Apostles of Holy Thursday and the Procession of the Mysteries of Good Friday. The last one is based on a tradition going back to the end of the 17th century. In the procession, the young males of the island, dressed in the traditional dress of the "Confraternity of the Turchini", carry allegorical wagons (called "mysteries") of religious character for a fixed distance, from the village of Torre Murata to the port of Marina Grande.

Here's the our members favorite photos of "Islands in Campania". Upload your photo of Procida!

Going to Procida? Get answers from our friendly locals

Get in touch with 1 Touristlink members who want to visit Procida or with Kellymedford who already have been here.