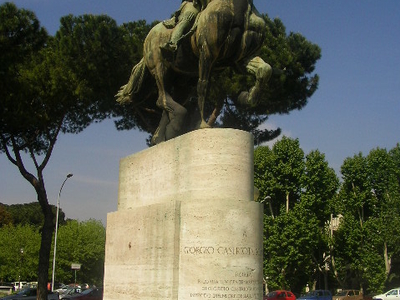 Piazza Albania is a square of Rome (Italy), placed along Viale Aventino, not far from Porta San Paolo, at the footsteps of the Aventine Hill. The square was conceived together with the urban development plan of 1883, that, amongst other things, provided for the urbanization of the whole Aventine Hill, the enlargement of the urbanization in Testaccio, towards Via Marmorata, and of San Saba. It was a district that, since then, had been left substantially rural and little inhabited: this allowed to trace the almost straight paths of the present Viale Aventino and Via della Piramide Cestia.

Here's the our members favorite photos of "Plazas and Squares in Rome". Upload your photo of Piazza Albania!

Going to Piazza Albania? Get answers from our friendly locals