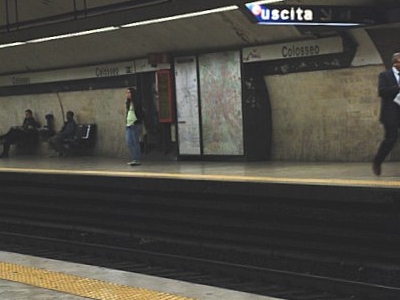 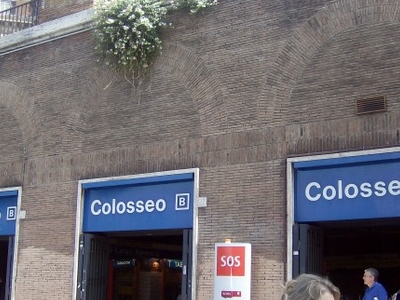 Colosseo is a station on Line B of the Rome Metro. It was opened on 10 February 1955 and is located, as its name suggests, in the Monti rione on via del Colosseo near the Colosseum. The station is currently involved in the works preparing for the Metro's Line C.

Its atrium houses mosaics from the Artemetro Roma Prize. They are by Pietro Dorazio (Italy), Kenneth Noland (USA) and Emil Schumacher (Germany) . The main exit is on the lower level, in front of the Colosseum and to the right of the Arch of Constantine, whilst its other exit is on largo Agnesi towards San Pietro in Vincoli and is up on a second level.

Here's the our members favorite photos of "Metro Stations in Rome". Upload your photo of Colosseo!

Going to Colosseo? Get answers from our friendly locals