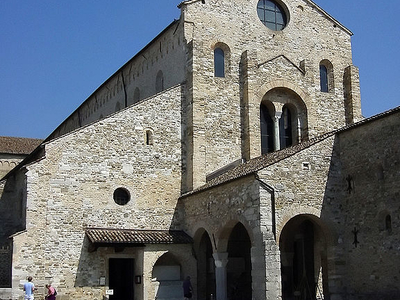 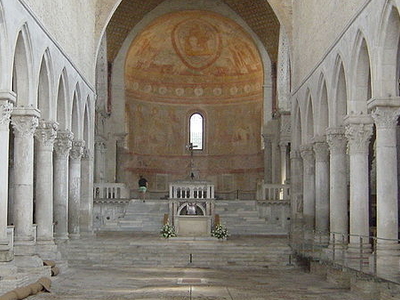 The Cathedral of Aquileia is a flat-roofed basilica erected by Patriarch Poppo in 1031 on the site of an earlier church, and rebuilt about 1379 in the Gothic style by Patriarch Marquard of Randeck.

The façade, in Romanesque-Gothic style, is connected by a portico to the so-called Church of the Pagans, and the remains of the 5th century Baptistry. The interior has a nave and two aisles, with a noteworthy mosaic pavement from the 4th century. The wooden ceiling is from 1526, while the fresco decoration belongs to various ages: from the 4th century in the St. Peter's chapel of the apse area; from the 11th century in the apse itself; from the 12th century in the so-called "Crypt of the Frescoes", under the presbytery, with a cycle depicting the origins of Christianity in Aquileia and the history of St. Hermagoras, first bishop of the city.

Here's the our members favorite photos of "Churches in Aquileia". Upload your photo of Cathedral of Aquileia!

Going to Cathedral of Aquileia? Get answers from our friendly locals