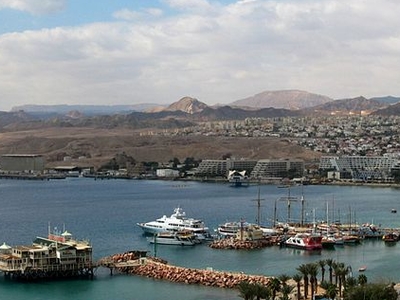 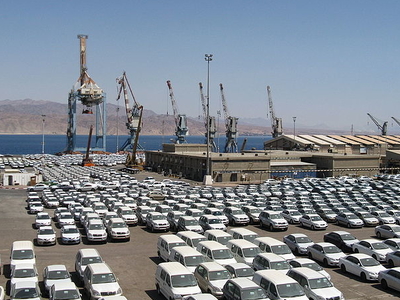 Eilat is Israel's southernmost city, a busy port as well as a popular resort, located at the northern tip of the Red Sea, on the Gulf of Aqaba. Home to 46,600 people, the city is part of the Southern Negev Desert, at the southern end of the Arava. The city is adjacent to the Egyptian village of Taba to the south, the Jordanian port city of Aqaba to the east, and within sight of Saudi Arabia to the south-east, across the gulf. Eilat's arid desert climate and low humidity is moderated by proximity to a warm sea. The city's beaches, nightlife and desert landscapes make it a popular destination for domestic and international tourism. In the 1970s tourism became increasingly important to the city's economy as other industries shut down or were drastically reduced. Today tourism is the city's major source of income, although Eilat became a free trade zone in 1985.

Dive tourism:
Skin and Scuba diving, with equipment for hire on or near all major beaches. Scuba diving equipment rental and compressed air are available from diving clubs and schools all year round. Eilat is located in the Gulf of Aqaba, one of the most popular diving destinations in the World. The coral reefs along Eilat's coast remain relatively pristine and the area is recognized as one of the prime diving locations in the world. About 250,000 dives are performed annually in Eilat's 11 km (6.84 mi) coastline, and diving represents 10% of the tourism income of this area. In addition, given the proximity of many of these reefs to the shore, non-divers can encounter the Red Sea's reefs with relative ease. Water conditions for SCUBA divers are good all year round, with water temperatures around 21–25 C°, with little or no currents and clear waters with an average of 20–30 meters visibility.

Tourism:
Eilat offers a wide range of accommodations, from hostels and luxury hotels to Bedouin hospitality. In recent years Eilat has been the target of millitants from Egypt and Gaza causing a reduced tourist inflow to the region. Attractions include:

Here's the our members favorite photos of "Cities in Israel". Upload your photo of Eilat!

Going to Eilat? Get answers from our friendly locals