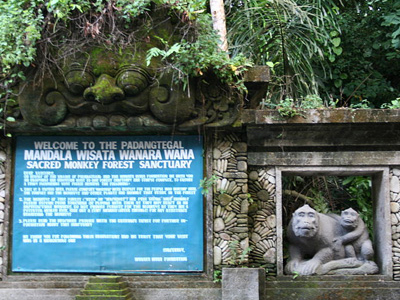 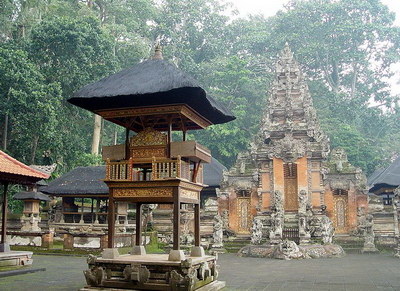 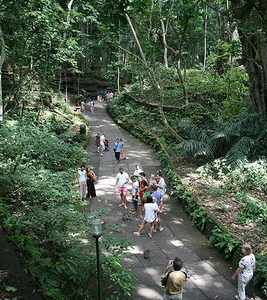 More Photos >
Save me
Been here
Want to go
Show on Map
Here to help 433 tour guides, 163 locals and 1 ambassador

The forest has been populated by monkeys in greater numbers than an environment undisturbed by humans would allow for a number of years, with the population density now (2013) higher than ever. The visitor will notice the interesting phenomenon of numerous obese monkeys, a testament to the almost unbounded food supply the huge number of tourists entering in and near the forest provide. Tourists are bitten by monkeys daily and numerous of these attacks can be can be found by a key word searches on YouTube. The monkeys - crab eating macaques - will invariably approach human visitors in a large group and then grab any bags containing food.

They may also grab bags not containing food. If the demanded food is readily provided the monkeys will usually not, although occasionally will, bite the human owner. If the demanded food is not provided quickly enough, one or more of the monkeys will certainly bite the human owner. Numerous bites occur because humans are not quick enough in producing a desired food item. Given that tourists don't enter and travel the monkey forest armed and ready to fight relatively small monkeys, and that dogs are not allowed inside, the monkeys have none of the normal environmental competitors to keep them in check. They have also lost the fear of humans normal to almost all animals.

Monkey bites are a very serious medical event given the variety of viruses monkeys carry that can be transferred to humans. For example, herpes B virus is very prevalent in crab eating macaques, should be assumed to be very prevalent in the populations in Ubud Monkey Forest, and frequently causes death in humans. Given their apparently increasing aggressiveness, and the risk they pose to human health, there have been calls by Balinese politicians for a cull of macaques in Bali. These calls have not been formally accepted by authorities.

Here's the our members favorite photos of "Nature Reserves near Ubud". Upload your photo of Ubud Monkey Forest!

Going to Ubud Monkey Forest? Get answers from our friendly locals

Get in touch with 4 Touristlink members who want to visit Ubud Monkey Forest or with Nanoubudbali, Sutowo Brotosuseno and 40 others who already have been here.