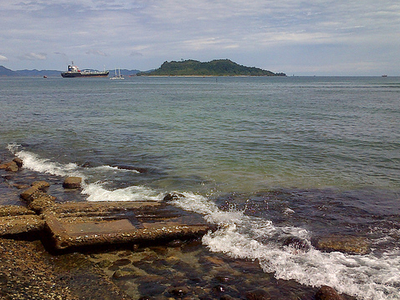 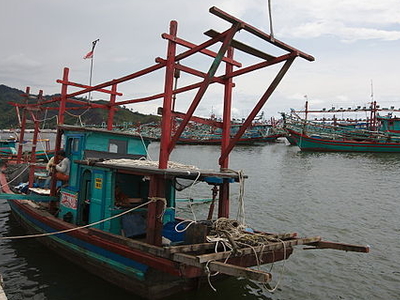 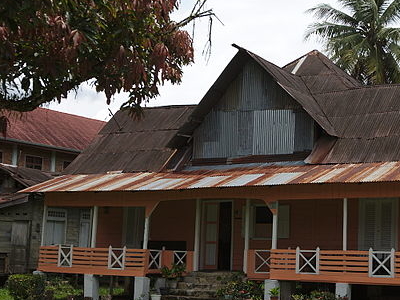 The town of Sibolga is the main sea port on the west coast of the province of North Sumatra. Ever since the early centuries AD , Indian and Arab merchants used to sail across the Indian Ocean to Sumatra using this western gateway.  The main attraction here then was the high quality camphor exported from the nearby port of Barus. Until today, the Indonesian word for camphor is kapur barus, or chalk from Barus, a region that still exists until today.

Located in the Bay of Tapian Nauli,  the town of Sibolga is the main port to catch a  boat or ferry to the island of Nias  - famous for its rolling surf and megalithic culture - or other smaller islands directl in the Bay, like Pulau Mursala.  In the Batak language, Tapian Nauli means Beautiful Beach.

The town of Sibolga, capital of the regency of Central Tapanuli, covers but a small area of only 35.36 square kilometers and lies some 350km from Medan, capital of the province of North Sumatra. Nonetheless, its central location makes this an ideal place as starting point to visit attractions in this region.

Because of its long history as a trading port,  Sibolga is quite a cosmopolitan town, home to many ethnic groups who hail from Java, India, China, the Bugis from Makassar, the Minangkabau and Malays from West Sumatra and Riau and of course the Bataks from inland Tapanuli. Each ethnic group normally lives close to one another to maintain their specific characteristics.

Sibolga started as a small  village that developed into a busy trading port. The English and Dutch held trading posts here in the 17th century. Today it is a major port on the west coast of Sumatra for inter-island trade.

Near Sibolga are a number of pretty  islands like Pulau Pocan Gadang, Pulau Pocan Ketek, Pulau Sarudik and Pulau Panjang. These are iconic tropical islands with white beaches and rows of waving palm trees.

To its back are green hills among which the Tor Simarbarimbing, the peak of the hills as well as the TVRI tower from where one can have a panoramic view over the Bay.   Nevertheless, the town of Sibolga has a hot climate  with temperatures ranging between  23-32 degrees Centigrade interspersed by infrequent rainfall throughout the year.

In its history, Sibolga has seen many battles. Here is a  heritage from the Dutch colonial period called the Tanggo Saratus  -  meaning the Hundred Steps staircase, although when meticulously counted there are, in fact, 293 steps .

Around Bukit Ketapang  or Ketapang Hill are six fotresses that show how the inhabitants heroically protected their land. One fortress is  found in the sub-district of Aek Manis, which locals call  Benteng Sihopo-hopo (the Sihopo-hopo fortress).

There is also the Simare-Mare fortress which stands on the foot of the hill.

Get There:
Garuda Indonesia now serves Sibolga three times a week flying from Jakarta to Sibolga then on to Medan and vice versa. Wings Air also flies from Medan’s  Kualanamu international airport to the Pinangsori airport of Sibolga.

If you prefer to go overland, the journey takes 10 hours from Medan. Road conditions are mostly good. The road passes the beautiful LakeToba which offers a grand view of the huge lake passing a large number of hairpin bends and steep hills. The tiring journey is well compensated by the stunning landscape that you will enjoy along the route. Best will be  to travel by rental car. There are also minibuses or inter-city buses.

To Eat:
Because of its cosmopolitan atmosphere, here you will find a wide variety of cuisines, Most popular is the Ikan Sambam (Sambam fish), Panggang Pacak and Panggang Geleng. Seafood being of course the main presentation. You will find these in almost all restaurants across town.

To Do:
Rent a speedboat from the town of Sibolga  to go island hopping over the islands facing the town. The nearest is only 15 minutes away. Most recommended is  Pulau Poncan Gadang. The islands are fringed with white beaches and the sea is transparent , inviting all to plunge in and snorkel  to get close to the reefs with their colorful underwater life.

In the evening,  ride up the hill of Sibolga to the TVRI tower. From this vantage point you can enjoy the panoramic view of Sibolga’s city life and the flashing light strobes of the lighthouse a little further away.

History buffs will certainly enjoy  strolling through the fortresses  to relive maritime tales of yore.

To Stay:
There are a number of hotels in Sibolga. Best is the Hotel Bumi Asih  Pandan Beach Resort, which is a four star hotel located right on the beach.

Here's the our members favorite photos of "Cities near Sumatra Island". Upload your photo of Sibolga!

Going to Sibolga? Get answers from our friendly locals