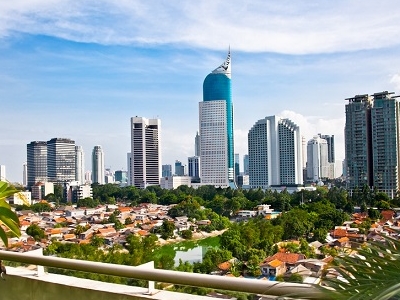 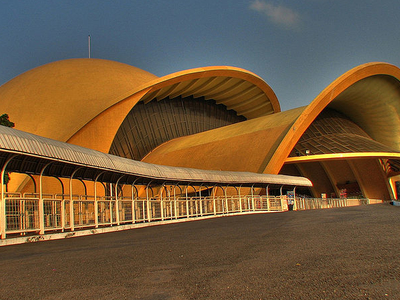 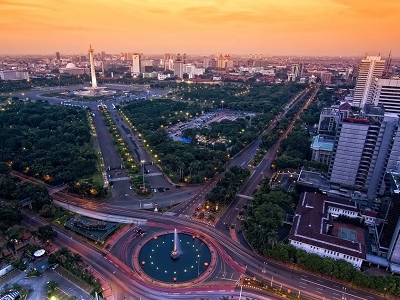 More Photos >
Save me
Been here
Want to go
Show on Map
Here to help 243 tour guides, 859 locals and 9 ambassadors

Jakarta officially known as the Special Capital Region of Jakarta (Indonesian: Daerah Khusus Ibu Kota Jakarta), is the capital and largest city of Indonesia. Located on the northwest coast of Java, Jakarta is the country's economic, cultural and political centre, and with a population of 10,187,595 as of November 2011, it is the most populous city in Indonesia and in Southeast Asia, and is the thirteenth most populated city in the World.

The official metropolitan area, known as Jabodetabek (a name formed by combining the initial syllables of Jakarta, Bogor, Depok, Tangerang and Bekasi), is the second largest in the world, yet the metropolis's suburbs still continue beyond it. Jakarta is listed as a global city in the 2008 Globalization and World Cities Study Group and Network (GaWC) research. and has an area of 661 square kilometres (255 sq mi). This area has a population of well over 28 million, making it one of the world's largest conurbations in terms of number of inhabitants.

In 2011, Jakarta ranked 17th among the world's 200 largest cities, a jump from its 2007 ranking of 171. Jakarta has grown more rapidly than Kuala Lumpur, Beijing and Bangkok. Established in the fourth century, the city became an important trading port for the Kingdom of Sunda. It was the de facto capital of the Dutch East Indies (known as Batavia at that time) and has continued as the capital of Indonesia since the country's independence was declared in 1945.

Landmarks:
Most of Jakarta's landmarks, monuments and statues were built during Sukarno era around the 1960s and completed in Suharto era, while some are the colonial Dutch East Indies heritage. Near the national monument stands a Mahabharata themed Arjuna Wijaya chariot statue and fountain. Further south through Jalan Thamrin, the main avenue of Jakarta, the Selamat Datang monument stands on the fountain in the centre of Hotel Indonesia roundabout. Other landmarks include the Istiqlal Mosque, Jakarta, the Jakarta Cathedral and Immanuel Church. The former Batavia Stadhuis in Jakarta Old Town is also the city's landmark. The Wisma 46 building in Central Jakarta is currently the highest building in Jakarta and Indonesia.

Some of statues and monuments in Jakarta are nationalist, such as the West Irian Liberation monument. Several Indonesian national heroes are commemorated in statues, such as Diponegoro and Kartini statues in Merdeka Square, Sudirman and Thamrin statues located in each respectable avenues, also Sukarno and Hatta statues in Proclamation Monument also on the entrance of Soekarno-Hatta International Airport.

Tourism:
Most of the visitors attracted to Jakarta are domestic tourists from all over Indonesia. As the gateway of Indonesia, Jakarta often serves as the stop-over for foreign visitors on their way to Indonesian popular tourist destinations such as Bali and Yogyakarta. Other than attracted to monuments, landmarks, and museums around Merdeka square and Jakarta Old Town, tourist attractions include Taman Mini Indonesia Indah, Ragunan Zoo, Sunda Kelapa old port and the Ancol Dreamland complex on Jakarta Bay, including Dunia Fantasi theme park, Sea World, Atlantis Water Adventure, and Gelanggang Samudra.

Tourism is contributing a growing amount of income to the city. In 2012, the tourism sector contributed 2.6 trillion rupiah (US$268.5 million) to the city’s total direct income of 17.83 trillion rupiah, a 17.9 per cent increase over 2011. Tourism stakeholders are expecting greater marketing of the Jakarta as a tourism destination.

Here's the our members favorite photos of "Cities near Java Island". Upload your photo of Jakarta!

Going to Jakarta? Get answers from our friendly locals