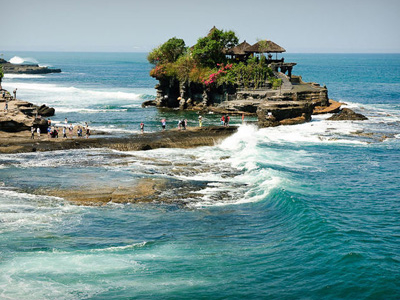 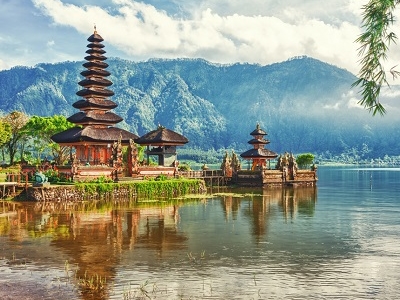 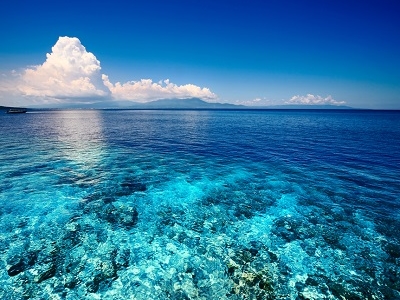 More Photos >
Save me
Been here
Want to go
Show on Map
Here to help 433 tour guides, 163 locals and 23 ambassadors

Bali is an island and province of Indonesia. The province includes the island of Bali and a few smaller neighbouring islands, notably Nusa Penida, Nusa Lembongan, and Nusa Ceningan. It is located at the westernmost end of the Lesser Sunda Islands, between Java to the west and Lombok to the east. Its capital of Denpasar is located at the southern part of the island.

Bali is a popular tourist destination and is renowned for its highly developed arts, including traditional and modern dance, sculpture, painting, leather, metalworking, and music. The Indonesian International Film Festival is held every year in Bali. Since the late 20th century, the province has had a rise in tourism.

Bali is part of the Coral Triangle, the area with the highest biodiversity of marine species. In this area alone over 500 reef building coral species can be found. For comparison, this is about 7 times as many as in the entire Caribbean. There is a wide range of dive sites with high quality reefs, all with their own specific attractions. Many sites can have strong currents and swell, so diving without a knowledgeable guide is inadvisable. Most recently, Bali was the host of the 2011 ASEAN Summit, 2013 APEC and Miss World 2013.

Geography:
The island of Bali lies 3.2 km (2 mi) east of Java, and is approximately 8 degrees south of the equator. Bali and Java are separated by the Bali Strait. East to west, the island is approximately 153 km (95 mi) wide and spans approximately 112 km (69 mi) north to south; administratively it covers 5,780 km2, or 5,577 km2 without Nusa Penida District, its population density is roughly 750 people/km2.

Bali's central mountains include several peaks over 3,000 metres in elevation. The highest is Mount Agung (3,031 m), known as the "mother mountain" which is an active volcano. Mountains range from centre to the eastern side, with Mount Agung the easternmost peak. Bali's volcanic nature has contributed to its exceptional fertility and its tall mountain ranges provide the high rainfall that supports the highly productive agriculture sector. South of the mountains is a broad, steadily descending area where most of Bali's large rice crop is grown. The northern side of the mountains slopes more steeply to the sea and is the main coffee producing area of the island, along with rice, vegetables and cattle. The longest river, Ayung River, flows approximately 75 km.

Tourism:
The tourism industry is primarily focused in the south, while significant in the other parts of the island as well. The main tourist locations are the town of Kuta (with its beach), and its outer suburbs of Legian and Seminyak (which were once independent townships), the east coast town of Sanur (once the only tourist hub), in the center of the island Ubud, to the south of the Ngurah Rai International Airport, Jimbaran, and the newer development of Nusa Dua and Pecatu.

The American government lifted its travel warnings in 2008. The Australian government issued an advice on Friday, 4 May 2012. The overall level of the advice was lowered to 'Exercise a high degree of caution'. The Swedish government issued a new warning on Sunday, 10 June 2012 because of one more tourist who has been killed by methanol poisoning. Australia last issued an advice on Monday, 5 January 2015 due to new terrorist threats.

An offshoot of tourism is the growing real estate industry. Bali real estate has been rapidly developing in the main tourist areas of Kuta, Legian, Seminyak and Oberoi. Most recently, high-end 5 star projects are under development on the Bukit peninsula, on the south side of the island. Million dollar villas are being developed along the cliff sides of south Bali, commanding panoramic ocean views. Foreign and domestic (many Jakarta individuals and companies are fairly active) investment into other areas of the island also continues to grow. Land prices, despite the worldwide economic crisis, have remained stable.

In the last half of 2008, Indonesia's currency had dropped approximately 30% against the US dollar, providing many overseas visitors value for their currencies. Visitor arrivals for 2009 were forecast to drop 8% (which would be higher than 2007 levels), due to the worldwide economic crisis which has also affected the global tourist industry, but not due to any travel warnings.

Bali's tourism economy survived the terrorist bombings of 2002 and 2005, and the tourism industry has in fact slowly recovered and surpassed its pre-terrorist bombing levels; the longterm trend has been a steady increase of visitor arrivals. In 2010, Bali received 2.57 million foreign tourists, which surpassed the target of 2.0–2.3 million tourists. The average occupancy of starred hotels achieved 65%, so the island is still able to accommodate tourists for some years without any addition of new rooms/hotels, although at the peak season some of them are fully booked.

Here's the our members favorite photos of "States/Regions in Indonesia". Upload your photo of Bali!

Going to Bali? Get answers from our friendly locals