The Water Palace of Tirtagangga 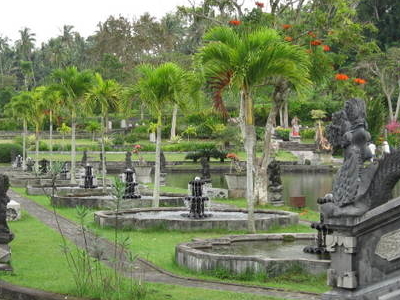 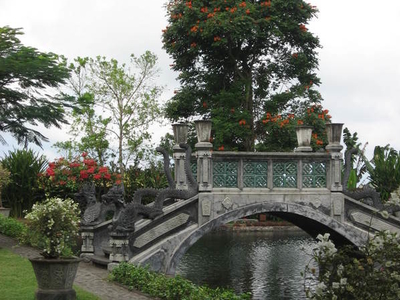 Tirta Gangga is a village and palace in eastern Bali, Indonesia, about 5 kilometres from Karangasem, near Abang. It is noted for its water palace, owned by Karangasem royalty.

The primary draw in this area for visitors is the Tirta Gangga water palace, a maze of pools and fountains surrounded by a lush garden and stone carvings and statues. The one hectare complex was built in 1946 by the late King of Karangsem but was destroyed almost entirely by the eruption of nearby Mount Agung in 1963. It has been lovingly re-built and restored and has an air of authentic royal magnificence. The centrepiece of the palace is an eleven tiered fountain and there are many beautiful carvings and statues adorning the gardens.

Here's the our members favorite photos of "Palaces in Candi Dasa". Upload your photo of The Water Palace of Tirtagangga!

Get in touch with 11 Touristlink members who want to visit The Water Palace of Tirtagangga or with Nanoubudbali, Sutowo Brotosuseno and 31 others who already have been here.