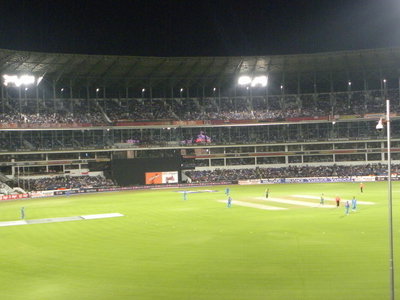 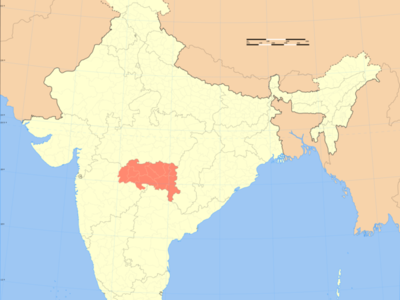 Vidarbha (Marathi: विदर्भ) is the eastern region of Maharashtra state, India made up of the Nagpur Division and the Amravati Division. Its former name is Berar (Varhad in Marathi). It occupies 31.6% of total area and holds 21.3% of total population of Maharashtra. It borders the state of Madhya Pradesh to the north, Chattisgarh to the east, Andhra Pradesh to the south and Marathwada and Khandesh regions of Maharashtra to the west. Situated in central India, Vidarbha has its own rich cultural and historical background distinct from rest of Maharashtra. The largest city in Vidarbha is Nagpur, the second largest is Amravati while Akola stands third followed by Chandrapur, Yavatmal, Wardha and Gondia. A majority of Vidarbhians speak Vahardi, a dialect of Marathi.

The region is famous for growing oranges and cotton. Vidarbha holds two-thirds of Maharashtra's mineral resources, three quarters of its forest resources, and is a net producer of power. Throughout its history, Vidarbha has remained much calmer during the communal troubles than the rest of India; but it is plagued very much by poverty and malnutrition. It is less economically prosperous compared to the rest of Maharashtra.

In recent times, there have been calls for a separate state of Vidarbha, due to the continuous neglect from the Government of Maharashtra towards this region and the incompetent political leadership in Vidarbha, except for a few leaders. The living conditions of farmers in this region are poor compared to India as a whole. There have been more than 32,000 farmers' suicides in Maharashtra in a decade, of which 70% being in the 11 districts of Vidarbha region. Though rich in minerals, coal, forests and mountains, this region is always underdeveloped because of its continuous dominance by the political leadership from the other parts of the state, especially Western Maharashtra. Though being culturally, politically and financially different from the rest of Maharashtra, the calls for a separate state come in picture only when the leaders from this region are sidelined by the other higher authorities in the govt. of Maharashtra. It has largely become a myth as a separate Vidarbha state, mainly due to the opposition from the state political party Shiv Sena.

Nagpur was the Capital of the Devgadh Sarkar of Subah Berar and Gondwana and the Vidarbha region known as Gulshan-e-Berar in Muedveal period since khilji dynasty to mughal period according Aine-Akbari and Alimgeer Namah report the berar is hole Fourteen sarkar of Vidarhbha region and Sawai Shiri Shrimant Santaji Bhonsle Depute "Sena Sahibe -E-Subah of berar and gondwana.He was father Inlaw of Aurangzeb Grand son "Bedar Bakht Mirza s/oMirza Mohammed Azam Shah Emperor of India, Buland Bakht the king of Gondwana in 1681 deputed by Aurangzeb Alamgeer Emperor of india after sultan Chand Shah son of Buland Bakht After the death of Sultanchand Shah widow wife call Relative of "Sena Sahib-E-Subah". Raghuji Bhonsle "I" In 1732 Raghuji Bhonsle "I"appointed Military officer for collection of revenue and chauth for sultan chand shah family. Then Bhonsle dynasty of Marathas who in the mid eighteenth century created an independent Hindu princely state that covered much of east-central India. After their defeat in the Third Anglo-Maratha War in 1818, the Bhonsle dominions were reduced to the Nagpur division. In 1853 the last Maharaja of Nagpur died without a male heir and subsequently Nagpur division was incorporated into mainstream British India. Nagpur division became a part of the British Raj's Central Provinces in 1861.

Here's the our members favorite photos of "Region in Maharashtra". Upload your photo of Vidarbha!

Going to Vidarbha? Get answers from our friendly locals