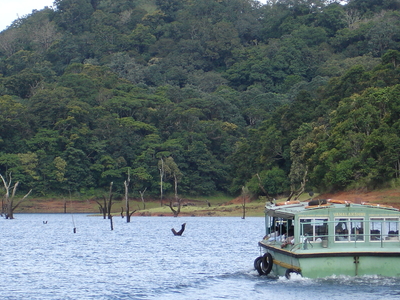 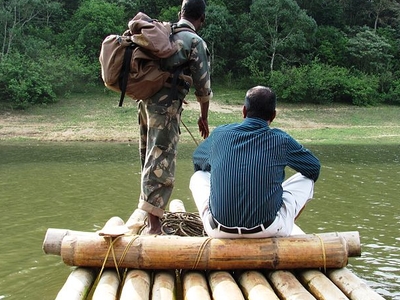 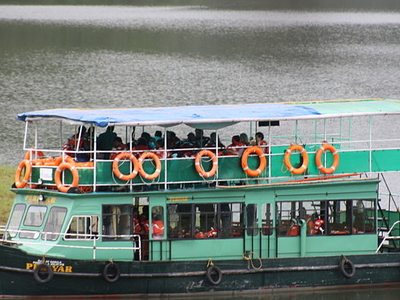 More Photos >
Save me
Been here
Want to go
Show on Map
Here to help 12 tour guides, 4 locals and 7 ambassadors

Thekkady (Idukki district) is the location of the Periyar National Park, which is an important tourist attraction in the Kerala state of India. Thekkady is located about 257 km (160 mi) from Trivandrum, 114 km from Madurai City and Madurai Airport, 145 km from Cochin International Airport and 114 km from Kottayam railway station. Thekkady is located near to Kerala-Tamil Nadu border. The sanctuary is famous for its dense evergreen, semi-evergreen, moist deciduous forests and savanna grass lands. It is home to herds of elephants, sambar, tigers, gaur, lion-tailed Macaques and Nilgiri Langurs.

The Periyar Wildlife Sanctuary is spread across 777 sq km (300 sq mi), of which 360 sq km (140 sq mi) is thick evergreen forest. The Wild Life Sanctuary was declared a Tiger Reserve in 1978. The splendid artificial lake formed by the Mullaperiyar Dam across the Periyar River adds to the charm of the park. The greatest attractions of Periyar are the herds of wild elephants, deers, bisons that come down to drink in the lake. Sanctuary can be accessed through a trekking, boating or jeep safari.

Thekkady is considered as a heaven for natural spices such as black pepper, cardamom, cinnamon, nutmeg, nutmace, ginger, and clove.

Nearby Places of Interest:

Here's the our members favorite photos of "Towns & Villages in Periyar National Park". Upload your photo of Thekkady!

Going to Thekkady? Get answers from our friendly locals