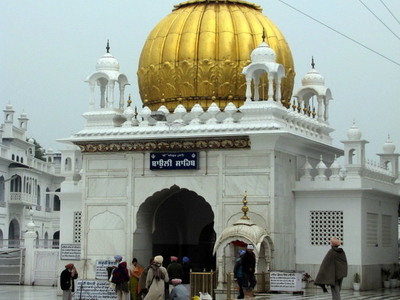 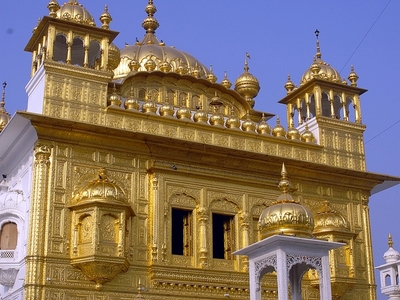 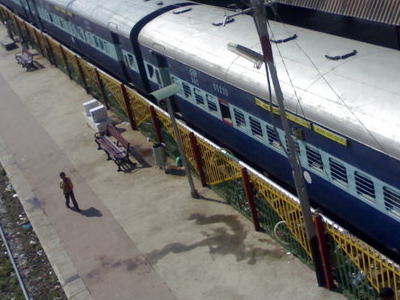 Tarn Taran Sahib is a city in the state of Punjab, in far northern India. It is the district headquarters and hosts the municipal council of Tarn Taran district.Tarn Taran Sahib was founded by the Fifth Sikh Guru, Shri Guru Arjan Dev Ji (1563–1606). He laid the foundation of Sri Tarn Taran Sahib Temple.

Goindwal Sahib : The town of Goindwal holds immense significance in reference to the Sikh religious pilgrimage sites. The town lies south east of Amritsar and only thirty Kilometers away from the city. The Goindwal town boasts of some of the important Gurudwaras and among them the Goindwal Sahib is one of the greatest.The Goindwal Sahib Gurudwara in Punjab is the pride of the state and it is a major pilgrimage and tourists attraction.

Khadur Sahib : Gurdwara Khadoor Sahib is situated in the Khadoor Sahib city in Taran Taaran Distt. The Eight Guru Sahibaans with their visits to this place made this land a Holy place. SHRI GURU NANAK DEV JI during his preaching tours, came 5 times to this place. GURU JI used to stay at BIBI BHARAI's house.

Transport :
The nearest airport is at Amritsar. At a distance of 30 kilometres (19 mi), Amritsar's international airport has more than 26 domestic and international flights during the week with daily connections to Delhi, Chandigarh and Jammu.Tarn Taran is well-connected with nearby cities and villages with the rail network.Tarn Taran station is on the way on the Amritsar-to-Khemkaran line.

Here's the our members favorite photos of "Cities in Punjab". Upload your photo of Tarn Taran Sahib!

Going to Tarn Taran Sahib? Get answers from our friendly locals