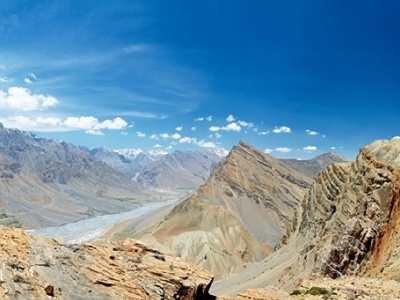 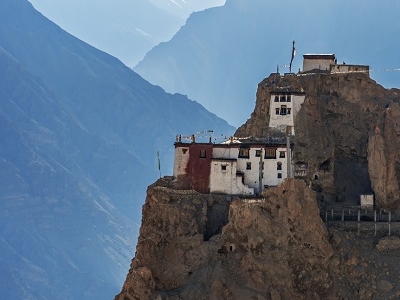 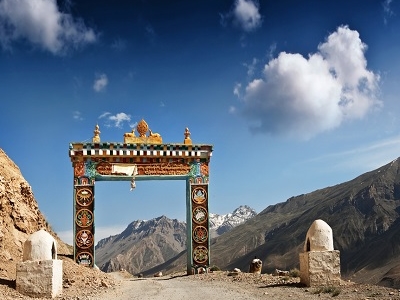 More Photos >
Save me
Been here
Want to go
Show on Map
Here to help 653 tour guides, 276 locals and 3 ambassadors

The Spiti Valley is a desert mountain valley located high in the Himalaya mountains in the north-eastern part of the Indian state of Himachal Pradesh. The name "Spiti" means "The Middle Land", i.e. the land between Tibet and India.

It possesses a distinctive Buddhist culture similar to that found in the nearby Tibet Autonomous Region and the Ladakh region of India. The valley and surrounding region is one of the least populated regions in India and is the gateway to the northernmost reaches of the nation. Along the northern route from Manali, Himachal Pradesh or Keylong via the Rohtang Pass or Kunzum Pass respectively, the valley lies in the North East of the Indian hill state of Himachal Pradesh, and forms part of the Lahaul and Spiti district. The sub-divisional headquarters (capital) is Kaza, Himachal Pradesh which is situated along the Spiti River at an elevation of about 12,500 feet (3,800 m) above mean sea level.

Lahaul and Spiti is surrounded by high mountain ranges. The Rohtang Pass, at 13,054 feet (3,979 m), separates Lahul and Spiti from the Kullu Valley. Lahul and Spiti are cut off from each other by the higher Kunzum Pass, at 15,059 feet (4,590 m). A road connects the two divisions, but is cut off frequently in winter and spring due to heavy snow. The valley is likewise cut off from the north up to eight months of the year by heavy snowfalls and thick icing conditions. A southern route to India proper is periodically closed for brief periods in the winter storms of November through June, but road access is usually restored a few days after storms end via Shimla and the Sutlej in the Kinnaur district.

Culture:
Spiti valley is a research and cultural centre for Buddhists. Highlights include Ki Monastery and Tabo Monastery, one of the oldest monasteries in the World and a favourite of the Dalai Lama. It was the location of the spectacular scenery and cinematography in the Indian films Paap and Milarepa, a biographical adventure tale about one of Buddhism's most famous Tibetan saints. The Buddhist monastery in the valley served as the locus of the set and some of the monks appeared in the film.

The Pin Valley of Spiti is home to the few surviving Buchen Lamas of the Nyingmapa sect of Buddhism.

The small town of Manali was the beginning of an ancient trade route to Ladakh and, from there, over the Karakoram Pass on to Yarkand and Khotan in the Tarim Basin. Spiti is summer home to hundreds of semi-nomadic Gaddi sheep and goat herders who come to this valley for grazing their animals from the surrounding villages and sometimes as far as 250 km. They enter the valley during summer as the snow melts and leave just a few days before first snowfall of the season.

Transport:
Spiti valley is accessible throughout year via Kinnaur from Shimla route on a difficult 412 km long road. Tourists from outside India need inner line permits to enter spiti through Kinnaur. Spiti's border start at Samdo [74 km from Kaza] which is quite near to India-China border. In summer it can be reached via Manali through Rohtang pass and Kunzum pass. Manali is 201 km away from Kaza headquarter of Spiti subdivision. Due to high elevation one is likely to feel altitude sickness in Spiti.

The Spiti River originates from Kunzum range and Tegpo and Kabzian streams are its tributaries. Water draining the famous Pin valley area are also a part of the Spiti river system. Its position across the main Himalayan range deprives it from the benefit of the South-West monsoons that causes widespread rain in most parts of India from June to September. The river attains peak discharge in late summers due to glacier melting. After flowing through Spiti valley, the Spiti River meets Satluj at Namgia in Kinnaur district traversing a length of about 150 km. from the North-West beyond that it flows in South-West direction in the Pradesh. Huge mountain rise to very high ele-vations on either sides of the Spiti River and its numerous tributaries. The mountains are barren and largely devoid of a vegetative cover. The main settlements along the Spiti River and its tributaries are Hansi and Dhankar Gompa.

Here's the our members favorite photos of "Valleys in Himachal Pradesh". Upload your photo of Spiti Valley!

Going to Spiti Valley? Get answers from our friendly locals

Get in touch with 31 Touristlink members who want to visit Spiti Valley or with Virendra Bandekar, Amara Travels and 28 others who already have been here.