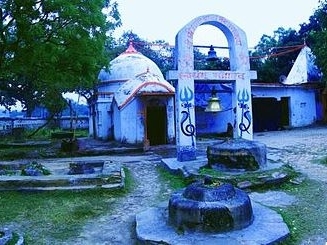 Sitamarhi is a town and the district headquarters of Sitamarhi district, Bihar, India.Sitamarhi is considered to be the birth place of Sita, the main character of the epic Ramayana, and a temple dedicated to Sita is nearby.A rock-cut sanctuary of the Mauryan period also exists.Sitamarhi has suffered natural disasters, including excess flooding.The town was almost completely destroyed by the 1934 Bihar earthquake.

Culture:
It is located where the Mithila, Vajji (Licchvians) and Bhojpur regions of Bihar meet. Most of the people are either Maithils or Vajji but their culture is deeply affected by Bhojpur also. Languages spoken are Hindi, English, Bajjika (Vajjika), Bhojpuri and Maithili.Sama is a famous winter festival conducted by girls for the pleasure of their brothers. A major cultural event is the marriage ceremonies in this area which take much preparation and many cultural rituals.

Connectivity:
The town is situated on the Darbhanga-Narkatiaganj railway line and has the largest railway station of district.There is another broad gauge track, running between Muzaffarpur and Sitamarhi. Direct train services are available to places such as New Delhi, Kolkata, Varanasi, Hyderabad and Kanpur. Sitamarhi has a railway junction. Sitamarhi railway station is on Raxaul-Darbhanga rail route.

The nearest airport to Sitamarhi is the Jaiprakash Narayan International Airport which is about 120 kilometres (75 mi) distant.Sitamarhi is connected to cities in and around Bihar by state-owned transport services. Some private buses also operate between Patna and Sitamarhi.

Going to Sitamarhi? Get answers from our friendly locals