Nurpur is a city and a municipal council in Kangra district in the Indian state of Himachal Pradesh. It was formerly a Kingdom ruled by the Pathania clan of Tomara Rajputs, since the 11th century AD. The capital of the Kingdom was at Pathankot formerly known as Paithan, now in Punjab.
View Nurpur guide > 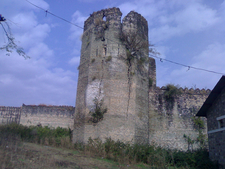