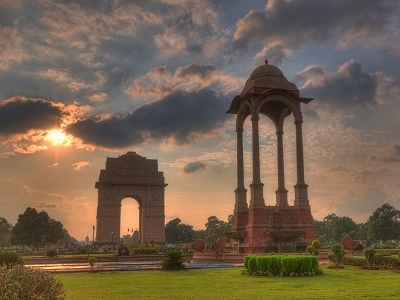 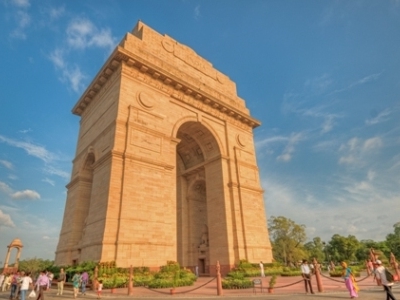 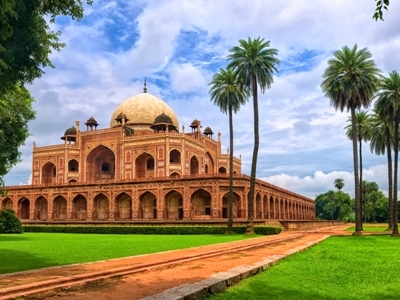 New Delhi is the capital of Republic of India, and the seat of executive, legislative, and judiciary branches of the Government of India. It also serves as the centre of the Government of the National Capital Territory of Delhi. New Delhi is situated within the metropolis of Delhi and is one of the nine districts of Delhi Union Territory. The foundation stone of the city was laid on 15 December 1911. It was planned by two leading 20th-century British architects, Sir Edwin Lutyens and Sir Herbert Baker. The new Capital was christened "New Delhi" in 1927, and subsequently inaugurated on 13 February 1931, by British India's Viceroy Lord Irwin.

On 12 December 2011, New Delhi celebrated 100 years of capitalship, making it another landmark year in the long history of the historic capital of the region of Delhi. New Delhi is home to two UNESCO World Heritage Sites: Humayun's Tomb and the Qutub complex. There are areas like Old Delhi and Mehrauli in New Delhi which have a number of heritage structures. New Delhi is known as the microcosm of India and is leading world’s top global cities with strengths in the arts, commerce, education, entertainment, fashion, finance, healthcare, media, professional services, research and development, tourism and transport all contributing to its prominence. The metropolis has the highest urban spread in the country with a total area of the city being 1482 sq km.

According to Mercer, New Delhi is the most expensive city in India for expatriates in terms of cost of living, figuring 113th in the list of 214 cities. Reflecting the growing global economic clout of the Asian region, have been ranked among the 75 top centres of commerce in the world. The World Cities Study Group at Loughborough University rated New Delhi as an "alpha- world city". In 2011, Knight Frank's world city survey ranked it 37th globally. The National Geographic's Traveler Magazine describes it as "one of the Ultimate Cities of a Lifetime to visit and explore." In a report jointly prepared by Institute for Competitiveness and Confederation of Indian Industry, the city is listed as the best to live in India. The city of New Delhi is also known for its wide, tree-lined boulevards and is home to numerous national institutions, museums and landmarks.

Climate:
The climate of New Delhi is a monsoon-influenced humid subtropical climate with high variation between summer and winter, in terms of both temperatures and rainfall. The temperature varies from 46°C (115°F) in summers to around 0°C (32°F) in winters. The area's version of a humid subtropical climate is noticeably different from many other cities with this climate classification in that it features long and very hot summers, relatively dry and cool winters, a monsoonal period, and dust storms. Summers are long, from early April to October, with the monsoon season in the middle of the summer. Winter starts in November and peaks in January.

Urban Structure:
Much of New Delhi, planned by the leading 20th century British architect Edwin Lutyens, was laid out to be the central administrative area of the city as a testament to Britain's imperial pretensions. New Delhi is structured around two central promenades called the Rajpath and the Janpath. The Rajpath, or King's Way, stretches from the Rashtrapati Bhavan to the India Gate. The Janpath (Hindi: "Path of the People"), formerly Queen's Way, begins at Connaught Circus and cuts the Rajpath at right angles. 19 foreign embassies are located on the nearby Shantipath (Hindi: "Path of Peace"), making it the largest diplomatic enclave in India.

At the heart of the city is the magnificent Rashtrapati Bhavan (formerly known as Viceroy's House) which sits atop Raisina Hill. The Secretariat, which houses various ministries of the Government of India, flanks out of the Rashtrapati Bhavan. The Parliament House, designed by Herbert Baker, is located at the Sansad Marg, which runs parallel to the Rajpath. The Connaught Place is a large, circular commercial area in New Delhi, modelled after the Royal Crescent in England. Twelve separate roads lead out of the outer ring of Connaught Place, one of them being the Janpath.

Culture:
New Delhi is a cosmopolitan city due to the multi-ethnic and multi-cultural presence of the vast Indian bureaucracy and political system. The city's capital status has amplified the importance of national events and holidays. National events such as Republic Day, Independence Day and Gandhi Jayanti (Gandhi's birthday) are celebrated with great enthusiasm in New Delhi and the rest of India. On India's Independence Day (15 August) the Prime Minister of India addresses the nation from the Red Fort. Most Delhiites celebrate the day by flying kites, which are considered a symbol of freedom. The Republic Day Parade is a large cultural and military parade showcasing India's cultural diversity and military might.

Religious festivals include Diwali (the festival of light), Maha Shivaratri, Teej, Guru Nanak Jayanti, Baisakhi, Durga Puja, Holi, Lohri, Eid ul-Fitr, Eid ul-Adha, Christmas and Mahavir Jayanti. The Qutub Festival is a cultural event during which performances of musicians and dancers from all over India are showcased at night, with the Qutub Minar as the chosen backdrop of the event. Other events such as Kite Flying Festival, International Mango Festival and Vasant Panchami (the Spring Festival) are held every year in Delhi.

Here's the our members favorite photos of "Cities in Delhi NCR". Upload your photo of New Delhi!

Going to New Delhi? Get answers from our friendly locals