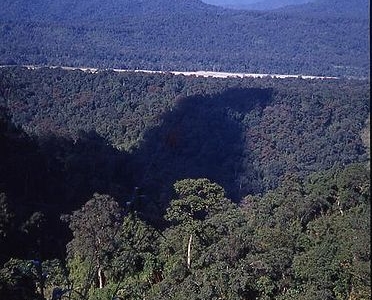 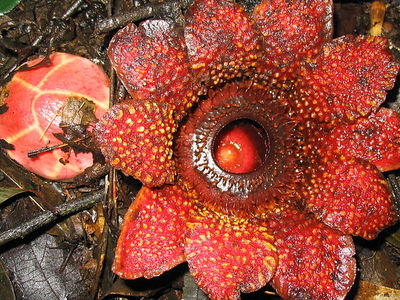 Namdapha National Park is the largest protected area in the Eastern Himalaya biodiversity hotspot and is located in Arunachal Pradesh in Northeast India. It is also the largest national park in India in terms of area. It is located in the Eastern Himalayan sub-region and is recognized as one of the richest areas in biodiversity in India. The park harbours the northernmost lowland evergreen rainforests in the World at 27°N latitude. The area is also known for extensive Dipterocarp forests.

Geography:
The park is located in Changlang district of the Northeastern state of Arunachal Pradesh, near its border with Myanmar. It spans an area of 1985 sq km with 177 sq km in buffer zone and 1808 sq km in the core area. The park is located between the Dapha bum range of the Mishmi Hills and the Patkai range with a wide altitudinal range between 200 m asl and 4571 m asl.

The area falls under both the Palearctic and Indo Malayan biogeographic areas resulting in a diverse species assemblage. The habitat changes with increasing altitude from sub-tropical broadleaved forests to subtropical pine forests, temperate broadleaved forests and at the higher elevations, to alpine meadows and perennial snow. The park has extensive bamboo and secondary forests in addition to the primary forests.

Flora:
Sapria himalayana and Balanophora are root parasites related to Rafflesia recorded from the area.

Birds:
Among the earlier papers on the birds of Namdapha was published in 1990. The park has about 425 bird species with many more to be recorded from work in the higher areas. There are five species of Hornbills recorded from the area. Several species of rare wren-babblers have been recorded in Namdapha. Other bird groups include laughing thrushes, parrotbills, fulvettas, shrike babblers and scimitar babblers. The Snowythroated Babbler is a rare species of Babbler found only in the Patkai and Mishmi hills and nearby areas in Northern Myanmar, is found in Namdapha.

Here's the our members favorite photos of "National Parks in Arunachal Pradesh". Upload your photo of Namdapha National Park!

Going to Namdapha National Park? Get answers from our friendly locals