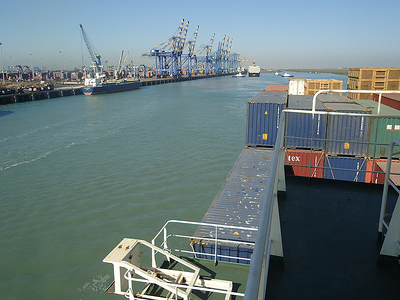 Mundra is a census town in Kutch district in the Indian state of Gujarat. Mundra Port is the largest private port in India. The town of Mundra is located about 50 km from Anjar which is one of the major towns in the district of Kutch in Gujarat. The other important towns in this district are Bhuj, Gandhidham, Mandvi & Anjar. The transportation and medical facilities in the region are not very well established but this is now rapidly improving. Dabeli and Kadak are the famous snacks of city. Oswal seri is one of the oldest street and GADAASAR an important entertainment place.

The main source of income for the local people is agriculture, horticulture (Kharek and Chikoo), farming and wage labour. The showpiece of this town is definitely the port of Mundra which has changed the economic landscape of the region. A special economic zone (SEZ) is also approved in this town around the port area.

Mundra Port:
The Port of Mundra is India’s biggest private port. Located in the Kutch district of the state of Gujarat, Mundra lies on the north shores of the Gulf Of Kutch about 50 kilometers south of Anjar and 44 kilometers east the Port of Mandvi. About 60 thousand people, most of them migrants, live in the Port of Mundra. The Port of Mundra is not only a private port, but it is also a special economic zone. Incorporated in 1998 as Gujarat Adani Port Limited (GAPL), the company began operating in 2001. The Mundra Special Economic Zone was incorporated in 2003 and was merged with GAPL in 2006. The combined company was renamed “Mundra Port and Special Economic Zone Limited.” It is India’s first multi-product port-based special economic zone (SEZ).

Port Commerce:
The Port of Mundra and SEZ hopes to be a global player and preferred partner that pursues innovation in business, technological, and commercial areas. It strives to add value to partners’ activities and efforts while also reducing its impact on the environment. The Port of Mundra and SEZ is responsible for acquiring, developing, and managing knowledge to become experts in the field and to apply that knowledge across their range of business interests. As a private port, the Port of Mundra also seeks to ensure tangible and intangible profits.

Here's the our members favorite photos of "Towns & Villages in Kutch". Upload your photo of Mundra!

Going to Mundra? Get answers from our friendly locals