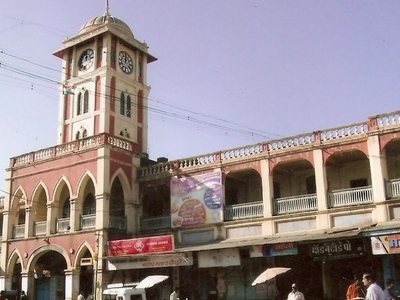 Miraj (Marathi: ), is an historic town in southern Maharashtra, India. The history of the town dates back to the early 10th century, and the town is known for its rich tradition of Hindustani classical music and for religious harmony.

It served as a stronghold and a strategic bastion because of its location and was an important Jagir of the Adilshahi Court of Bijapur. Shivaji Maharaj stayed in Miraj for two months during his South India Campaign. It was the capital of the erstwhile princely state of Miraj Senior. Pathwardhan Raje ruled Miraj until Independence. It is one of the leading medical centers in India. Miraj is also a very important railway junction and is part of the Central Railways network. Miraj City is part Sangli-Miraj-Kupwad Municipal Corporation formed in 1999.

Here's the our members favorite photos of "Cities in Maharashtra". Upload your photo of Miraj!

Going to Miraj? Get answers from our friendly locals