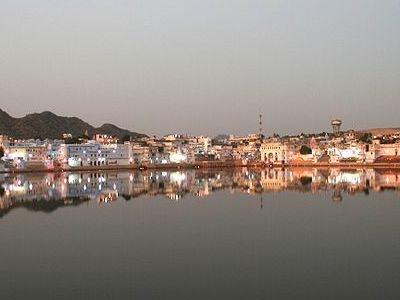 The Luni is a river of western Rajasthan state, India. It originates in the Pushkar valley of the Aravalli Range, near Ajmer and ends in the marshy lands of Rann of Kutch in Gujarat, after travelling a distance of 530 km. It is first known as Sagarmati, then after passing Govindgarh, it meets its tributary Sarsuti, which originates from Pushkar Lake, and from then on it gets its name Luni. In 1892, Maharaja Jaswant Singh of Jodhpur constructed Jaswant Sagar on Luni River in Pichiyak village between Bilara and Bhavi of Jodhpur district. It is one of the largest artificial lake in India, and irrigates more than 12,000 acres (49 km2).

Etmology:
It is also known as Lavanavari river. It means "Salt River" in Sanskrit, due high salinity of its water.

Here's the our members favorite photos of "Rivers in Rajasthan". Upload your photo of Luni River!

Going to Luni River? Get answers from our friendly locals

Nand Seervi is the only Touristlink member to visit Luni River. Have you been here? Click here to save it.