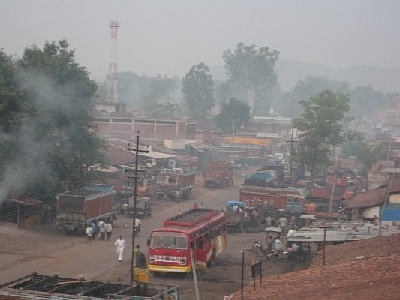 Latehar district (Hindi: लातेहार जिला) is one of the twenty-four districts of Jharkhand state in eastern India, and Latehar town is the administrative headquarters of this district. This district is part of Palamu division.Latehar district is situated between 84deg. 31 min. East latitude 23 deg. 44.4 min north latitude. The area of the district is 3660 km², with a population of 558,831 (2001 census).

The territory covered by the present district became a part of Palamu district, when it formed on 1 January 1928. Latehar district was created on 4 April 2001 by separating the erstwhile Latehar subdivision of Palamu district. It is currently a part of the Red Corridor. Latehar district has two of the highest waterfalls in Jharkhand – Lodh Falls and Lower Ghaghri Falls, along with several others.Betla National Park is located in this District.

Here's the our members favorite photos of "Cities in Jharkhand". Upload your photo of Latehar!

Going to Latehar? Get answers from our friendly locals