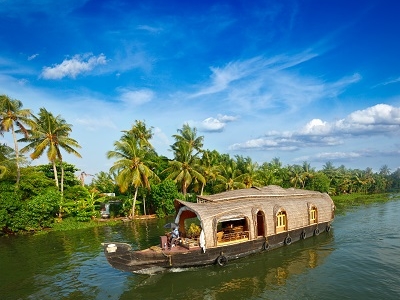 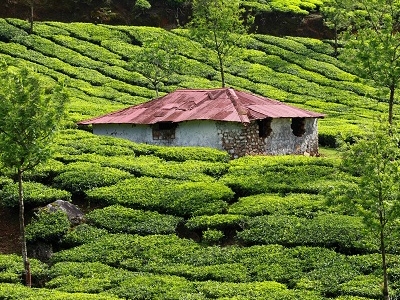 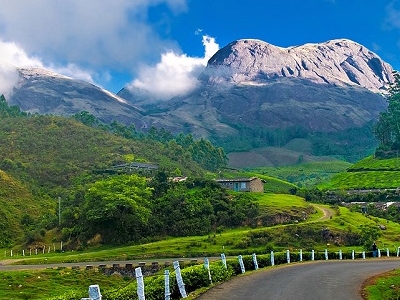 Kerala, known historically as Keralam, is a state in South India on the Malabar coast. It was created on 1 November 1956 following the States Reorganisation Act by combining various Malayalam-speaking regions. Spread over 38,863 sq km (15,005 sq mi), it is bordered by Karnataka to the north and north east, Tamil Nadu to the east and south, and the Lakshadweep Sea to the west. With 33,387,677 inhabitants as per the 2011 census, Kerala is the thirteenth largest state by population and is divided into 14 districts with the capital being Thiruvananthapuram. Malayalam is the most widely spoken and official language of the state.

The region was a prominent spice exporter from 3000 BCE. The Chera Dynasty was the first prominent kingdom based in Kerala, though it frequently struggled against attacks from the neighbouring Cholas and Pandyas. In the 15th century, the spice trade attracted Portuguese traders to Kerala, and paved the way for the European colonisation of India. After independence, Travancore and Cochin joined the Republic of India and Travancore-Cochin was given the status of a state. Kerala state was formed in 1956 by merging the Malabar district, Travancore-Cochin (excluding four southern taluks), and the taluk of Kasargod, South Kanara.

Kerala has the lowest positive population growth rate in India; 3.44%, highest Human Development Index (HDI); 0.790 in 2011, the highest literacy rate; 93.91%, the highest life expectancy; 77 years and the highest sex ratio; 1,084 women per 1000 men. According to a study commissioned by Lien Foundation, a Singapore-based philanthropic organisation, Kerala is considered to be the best place to die in India based on the state's provision of palliative care for patients with serious illnesses. The state has witnessed significant emigration, especially to the Gulf states during the Gulf Boom of the 1970s and early 1980s, and its economy depends significantly on remittances from a large Malayali expatriate community. Hinduism is practised by more Than half of the population, followed by Islam and Christianity. The culture is a synthesis of Aryan and Dravidian cultures, developed over millennia, under influences from other parts of India and abroad.

The production of pepper and natural rubber contributes a significantly to the total national output. In the agricultural sector, coconut, tea, coffee, cashew and spices are important. The state's coastline extends for 595 kilometres (370 mi), and around 1.1 million people in the state are dependent on the fishery industry which contributes 3% of the state's income. The state has the highest media exposure in India with newspapers publishing in nine different languages; mainly English and Malayalam. Kerala is an important tourist destination, with backwaters, beaches, Ayurvedic tourism and tropical greenery its major attractions.

Tourism:
Its culture and traditions, coupled with its varied demographics, have made Kerala one of the most popular tourist destinations in India. National Geographic's Traveller magazine names Kerala as one of the "ten paradises of the World" and "50 must see destinations of a lifetime". Travel and Leisure names Kerala as "One of the 100 great trips for the 21st century". Kerala's beaches, backwaters, mountain ranges and wildlife sanctuaries are the major attractions for both domestic and international tourists. The city of Kochi ranks first in the total number of international and domestic tourists in Kerala.

Culture:
Dance:
Kerala is home to a number of performance arts. These include five classical dance forms: Kathakali, Mohiniyattam, Koodiyattom, Thullal and Krishnanattam, originated and developed in the temple theatres during the classical period under the patronage of royal houses. Kerala natanam, Kaliyattam, Theyyam, Koothu and Padayani are other dance forms associated with the temple culture of the region. Some traditional dance forms such as Margamkali, Parichamuttu and Chavittu nadakom are popular among the Christians, while Oppana and Duffmuttu are popular among the Muslims of the state.

Music:
Development of classical music in Kerala is attributed to the contributions it received from the traditional performance arts associated with the temple culture of Kerala. Development of the indigenous classical music form, Sopana Sangeetham, illustrates the rich contribution that temple culture has made to the arts of Kerala. Carnatic music dominates Keralite traditional music. This was the result of Swathi Thirunal Rama Varma's popularisation of the genre in the 19th century. Raga-based renditions known as sopanam accompany kathakali performances. Melam; including the paandi and panchari variants, is a more percussive style of music it is performed at Kshetram-centered festivals using the chenda.

Flora and fauna:
Most of the biodiversity is concentrated and protected in the Western Ghats. Out of the 4,000 flowering plant species 900 species are medicinal plants; 1,272 of which are endemic to Kerala and 159 threatened. Its 9,400 sq km of forests include tropical wet evergreen and semi-evergreen forests (lower and middle elevations-3,470 sq km), tropical moist and dry deciduous forests (mid-elevations-4,100 sq km and 100 sq km, respectively), and montane subtropical and temperate (shola) forests (highest elevations-100 sq km).

Kerala's fauna are notable for their diversity and high rates of endemism: it includes 102 species of mammals (56 of which are endemic), 476 species of birds, 202 species of freshwater fishes, 169 species of reptiles (139 of them endemic), and 89 species of amphibians (86 endemic). These are threatened by extensive habitat destruction, including soil erosion, landslides, salinisation, and resource extraction.

Here's the our members favorite photos of "States/Regions in India". Upload your photo of Kerala!

Going to Kerala? Get answers from our friendly locals