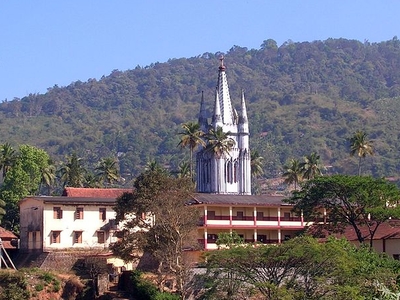 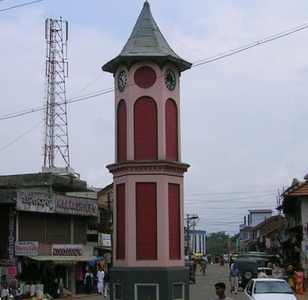 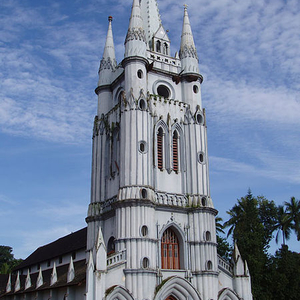 More Photos >
Save me
Been here
Want to go
Show on Map
Here to help 441 tour guides and 1,975 locals

It is a small town of importance for the local coffee and spice crops. Nearby towns are Gonikoppal, Ammathi and Ponnampet. Virajpet is around 30 km away from Madikeri, the district headquarters and is about 250 km from Bangalore and 165 km from Mangalore. The only way to reach Virajpet is by road.

About Virajpet Tourism:
Virajpet town is situated in the Kodagu District of Karnataka. It is considered as the main town of Virajpet Taluka. Located at a distance of 30 km from the district headquarters Madikeri, it shares its geographical borders with the major towns of the district - Ammathi, Gonikoppal and Ponnampet.

Some of the tourist attractions in and around Virajpet are the Ayyappa temple halfway up and the Shiva Temple at the top of the Malethirike hill, a semispherical hill at Kakotuparambu which is about 8 km from Virajpet, St. Anne's church which is about 220 years old and has been built in Gothic architecture style. The tower of the church has two massive bells of the ancient times and are in use till date, the clock tower (pictured), Tadiandamol (the highest mountain in Kodagu) and the Igguthappa (local deity) temple, both in Kakkabe about 15 km from Virajpet.

The town is famous for its huge plantations of local coffee and spice crops. Virajpet is the largest honey producer in Asia. Ayyappa Temple and Shiva Temple on the top of Malethirike Hill, a semi-spherical hill at Kakotuparambu, are the prominent attractions that attract thousands of devotees.

Madikeri or Mercara Dasara is a prominent festival here, celebrated in the month of October. The celebration lasts for ten days along with cultural programmes depicting the victory of goddess of power over the asuras. A huge procession constituting singers, traditional dancers and music along with beautifully decorated ten tabloos is carried out. Virajpet can be visited in any season as the destination experiences pleasant climatic conditions throughout the year.

Getting There:
Virajpet is well connected with Mangalore, Mysore and Bangalore with road. Virajpet is also well connected by road with other places like Kannur, Thalassery, Iritty and Wayanad of neighbouring state Kerala.

Here's the our members favorite photos of "Towns & Villages in Karnataka". Upload your photo of Virajpet!

Going to Virajpet? Get answers from our friendly locals