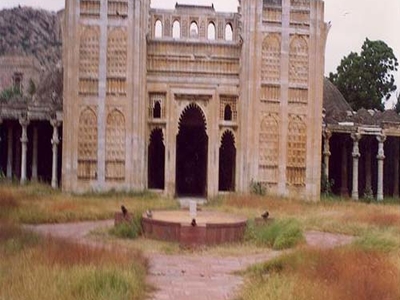 Jalor, also known as Jalore is a city in Rajasthan state of western India. It is the administrative headquarters of Jalore District.

In ancient times Jalore was known as Jabalipura - named after a saint. The town was also known as Suvarngiri or Songir, the Golden Mount, on which the fort stands.

One of the most important structures within the town is the Topekhana or "the cannon foundry". This building is not in the best of conditions now, but its architecture indicates that this structure must have been awesome in the old days. It was built by "Ujjain King" Vkramditya as a "sansrut Pathshala" for education for his public. But at the time of Muslim Emperor Ala ud din Khilji converted into a Muslim monument. The structure is imposing, with a spacious forecourt and an intricate facade. The colonnade and the ceiling are tastefully carved.

Here's the our members favorite photos of "Cities in Rajasthan". Upload your photo of Jalore!

Going to Jalore? Get answers from our friendly locals